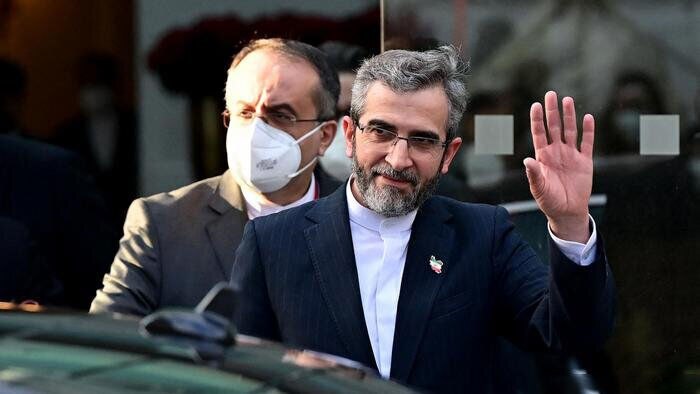 Talks between Iran and the p4+1 countries over the removal of anti-Tehran sanctions are to resume on Monday in Vienna.

Iran’s chief negotiator in the Vienna talks for the revival of the 2015 nuclear deal has arrived in the Austrian capital.

Ali Bagheri Kani and his European counterpart in the Vienna talks returned to their capitals Friday for consultations with top officials to decide on the way forward in the discussions.

The negotiations, which were ongoing at the expert level during Bagheri’s two-day stay in Tehran, are scheduled to officially resume on Monday after the arrival of the Iranian delegation in Vienna.

Iran and the remaining signatories to the nuclear deal are holding the eighth round of talks to revive the agreement and remove anti-Iran sanctions.

The eighth round began on December 27 and has raised hopes that the parties could hammer out an agreement, despite warnings by both sides that negotiations are moving forward slowly and that key issues remain to be resolved.