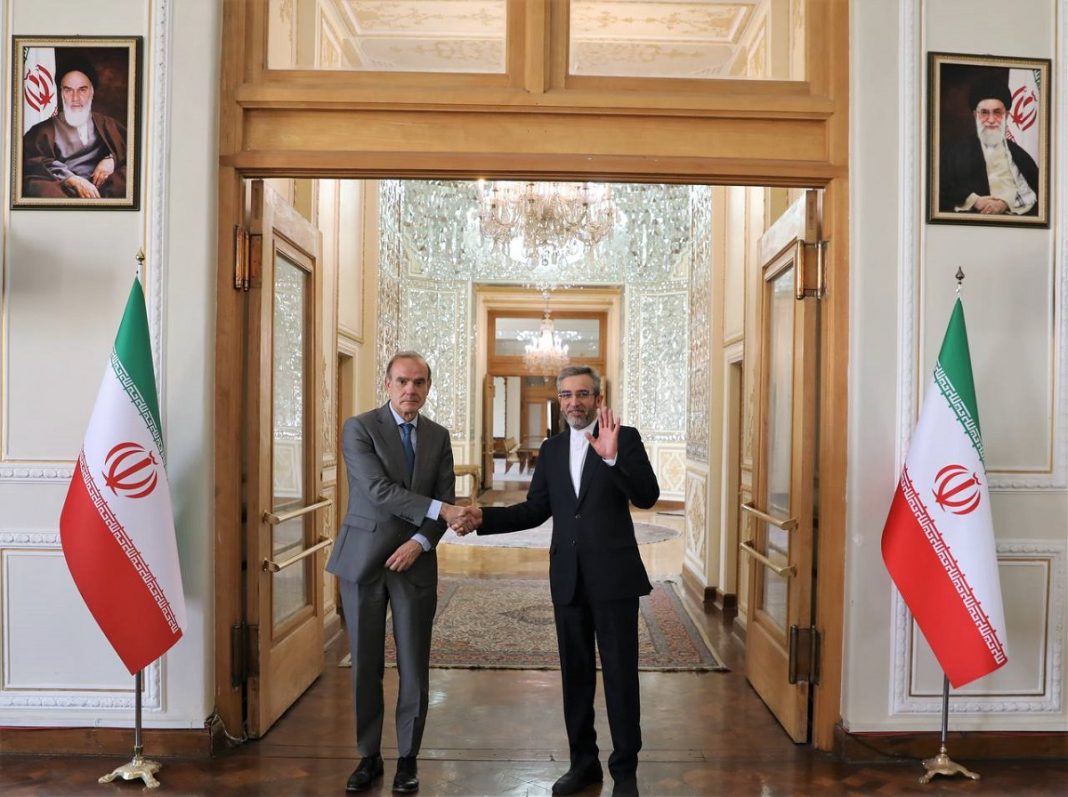 Before heading to Tehran on Tuesday evening, Mora said on twitter that work on closing the remaining gaps of this negotiation continues.

Iranian Foreign Minister Hossein Amir Abdollahian also said in a tweet that both the tracks of neutering and removing sanctions will be pursued.

Amir Abdollahian noted that immunizing Iran through the path of economic transformation and fair distribution of subsidies payment is a key strategy.

The foreign minister added that talks will continue to remove anti-Iran sanctions and reach a good, robust and lasting deal with the P4+1 group without violating the country’s red lines.

This is Mora’s second meeting with Bagheri this Persian new year and after the Vienna talks halted due to what Iran calls excessive demands by the US.

The key difference between Iran and the US is said to be Washington’s refusal to remove the Islamic Revolution Guards Corps from its so-called terror list.

Iran says all sanctions on the country including bans on the IRGC must be lifted before any deal is signed for the US to return to the 2015 nuclear deal and for Iran to return to full compliance with the agreement, also known as JCPOA.

The US left the JCPOA in 2018 unilaterally under former president Donald Trump. It then reinstated hundreds of sanctions on Iran.