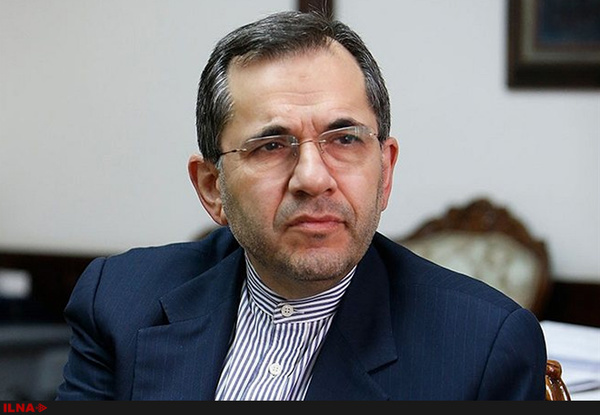 Iran’s ambassador to the United Nations has urged the United States to abandon its animosity, saying the policy of hostility will be a nonstarter.

Majid Takht-Ravanchi said Washington has a grudge against Iran and Iranians.

“In a policy of hostility, General Soleimani is assassinated in a hostile manner, which is against international law. Of course, this shows the Americans’ spite, grudge and hostility toward the Islamic Republic of Iran are endless. They should give up these wrong policies which leads to Washington’s isolation,” he said.

He underlined the current team in the US foreign policy are addicted to imposing sanctions.

“They should abandon animosity and come to realize that Iran … is a powerful country in the region and wants to live in peace and tranquility with its neighbours within the framework of international law,” Takht-Ravanchi said.

Elsewhere in his remarks, the top diplomat touched upon the 2015 Iran nuclear deal, officially known as the Joint Comprehensive Plan of Action (JCPOA).

He noted the nuclear agreement is not in a good position now because some signatories to the JCPOA failed to live up to their commitments under the deal.

“By withdrawing from the JCPOA, the US blatantly violated the deal,” he said.

“The US also prevented other countries from doing their job (fulfilling their obligations),” he added.

He added it is too early to tell how the new US administration will act“We can judge the new US government’s performance only after it has started its work,” he said.