“US Unlikely to Get Tough on Iran before November” 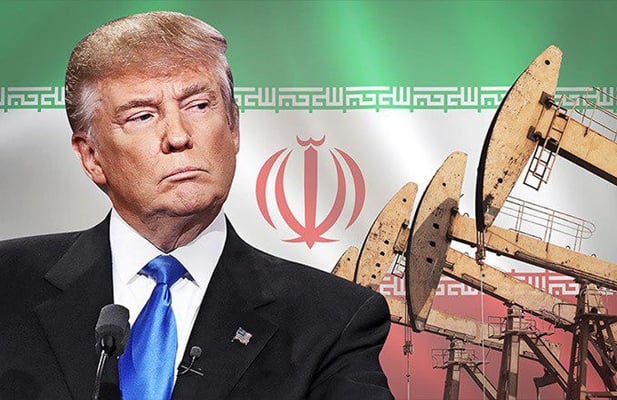 Analysts believe the US is unlikely to become strict with Iran before the by-elections of the US Congress in November given the dire consequences of a possible hike in oil prices.

The Iranian news website Fararu has, in an analytical piece, weighed in on the US’ oil sanctions on the Islamic Republic of Iran and its growing pressure on Tehran ahead of the November deadline for re-imposition of nuclear-related sanctions.

The US government is sensitive about hikes in oil prices on the threshold of the country’s important by-elections. As a result, it is unlikely to escalate tensions with Iran before the elections.

After its unilateral withdrawal from the Iran nuclear deal on May 8, 2018, Washington announced that it will reinstate sanctions against Iran and will impose the highest level of sanctions against the Islamic Republic.

Some time later, the Americans unveiled their key measure to exert maximum pressure on Iran. A senior US State Department official told media that the White House had called on all those buying oil from Iran to bring their petroleum purchases from the country to zero; otherwise, they would face the United States’ unilateral sanctions. This unexpected announcement by the US pushed up crude prices on world markets immediately, so much so that White House officials had to tone down their remarks in order to calm down the market.

Although the US has always spoken of putting maximum economic pressure on Iran, observers and analysts believe Washington will not get tough on Iran, especially in the oil sector, at least until next November.

Monitoring Trump’s remarks and positions on crude prices shows he is especially sensitive about price hikes.

Although the Organization of Petroleum-Exporting Countries (OPEC) agreed to raise crude output by roughly one million barrels per day after oil sanctions on Iran were announced, still serious doubts exist on the possibility of compensating, by other producers, for the crude shortage caused by Iran sanctions. So, Trump recently spoke of Saudi King Salman bin Abdulaziz Al-Saud’s agreement to add two million barrels per day to its current output. Of course, following Trump’s comments, the White House issue a statement toning down the US president’s remarks.

The reason behind Trump’s sensitivity about oil is the by-elections of the US Congress.

The by-elections are slated to be held on November 6, 2018. The vote comes as Donald Trump is barely halfway through with his presidency. Candidates will compete for all 435 seats at the House of Representatives as well as 35 Senate seats up for grabs. So, if the Democrats manage to secure the majority of the seats in Congress, it will depict a disappointing outlook for Trump.

But in the run-up to such an important election, will Trump accept the risk of a rise in oil prices because of a halt to Iran’s crude exports? Analysts believe the answer is “no.”

The Bank of America says Washington is unlikely to adopt a tough position on Iran in the lead-up to the congressional elections in November.

Iran, OPEC’s third largest producer, is facing US sanctions, which will make some buyers of Iran’s oil stop petroleum purchases.

Still, the Bank of America said “the [Trump] administration may look for an easy win on trade to appease markets and voters alike before November,”

It is noteworthy that the Bank of America had already warned that bringing Iran’s oil exports to zero may push up crude prices by up to 50 dollars per barrel.

It was due to these concerns over a rise in oil prices before the by-elections that the US is considering using its Strategic Petroleum Reserve (SPR) in order to regulate the prices of petroleum.