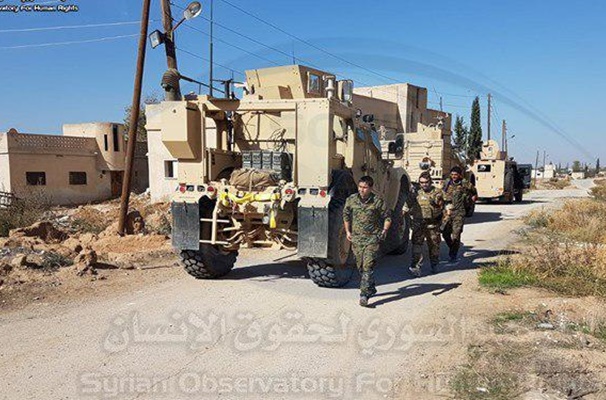 A human rights group closely monitoring the situation in Syria says the US-led coalition is seeking to have a number of ISIS commanders besieged in the eastern city of Deir ez-Zor hand themselves in so that it can take 40 tonnes of gold and millions of dollars off the terrorist group’s hands.

Clashes are still underway between Syrian Kurdish fighters known as Syrian Democratic Forces and ISIS on the eastern bank of the Euphrates River in Deir ez-Zor province.

Syrian Observatory for Human Rights said ISIS is trying to remain in the province and added the group is now besieged in a two-square km area.

That comes days after some opposition groups in Syria said the US-led coalition and the ISIS have reached an agreement to pave the way for the group’s remnants in the province to leave it.

The US and a number of its allies created a coalition in August 2014 under the pretext of fighting against ISIS. In the latest attack, the coalition targeted a refugee camp in eastern bank of Euphrates, leaving at least 70 civilians dead or wounded.

Quoting some reliable sources, the human rights group said the US-led coalition is launching airstrikes on the militant-held area to force them into moving towards Kurdish-held regions.

“In the militant-held area, there are at least 40 tonnes of gold and tens of millions of dollars,” the group said.

According to the Syrian Observatory for Human Rights the properties have been gathered from the areas which used to be under the control of ISIS.

“Some of the gold has been transferred to Turkey through Turkish mediators and ISIS commanders in touch with Turkish intelligence officials,” the group added.

The observatory maintains that the US-led coalition is seeking to force ISIS members into handing themselves in with the main goal of taking the properties off their hands.

At present, ISIS is using many Syria civilians in the eastern province of Deir ez-Zor as human shields. So, the US-led coalition bombardment of the area has sparked the deep concerns of many human rights groups inside and outside Syria.