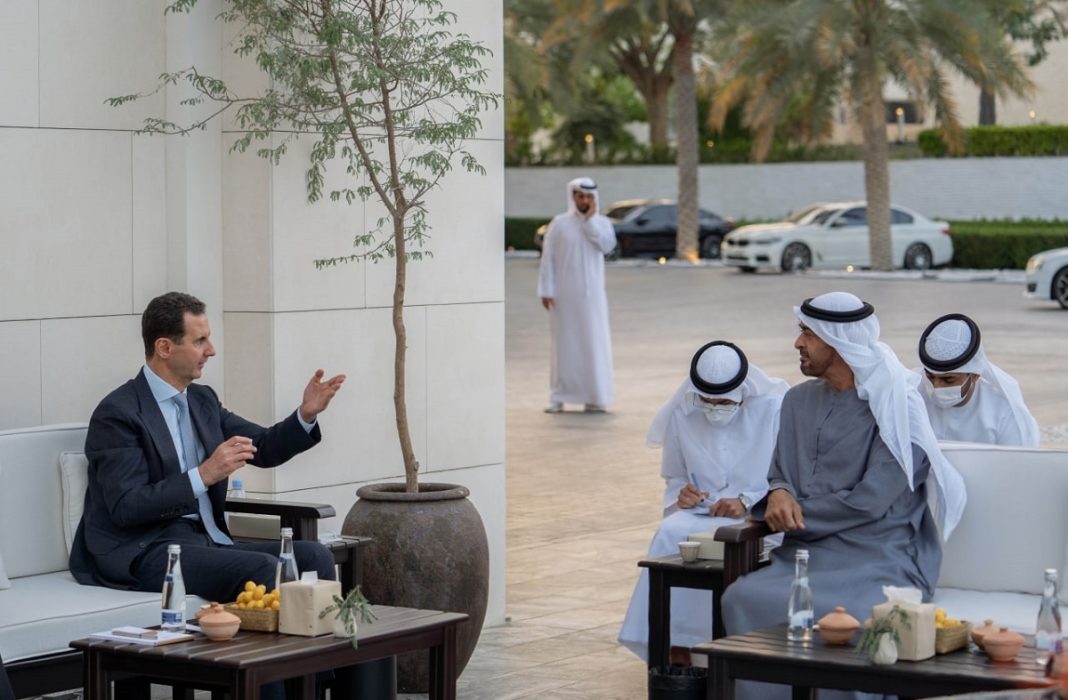 Washington is disappointed and troubled by Syrian President Bashar al-Assad's visit to the United Arab Emirates and that does not support efforts to ‘legitimise’ him, State Department spokesperson Ned Price says.

“We are profoundly disappointed and troubled by this apparent attempt to legitimize Bashar al-Assad… As Secretary [of State Antony] Blinken has reiterated, we do not support efforts to rehabilitate Assad; and we do not support others normalising relations,” Price said in a statement on Friday.

“We have been clear about this with our partners,” he added.

Assad has visited the United Arab Emirates and met with UAE Prime Minister and Dubai ruler Mohammed bin Rashid Al Maktoum, the Syrian leader’s press office announced on Friday. According to Damascus, they discussed relations between the two countries, including issues related to trade and investments.

Assad visited the UAE for the first time since 2011, when a war broke out in the country and major regional players turned their backs on the Syrian president. America’s primary goal in the Syrian crisis was to overthrow Assad and install a pro-US government, though officially, Washington claimed it was determined to combat terrorists in the region. By 2016, Daesh and other radicals took control of major territorial strongholds in Syria and nearby Iraq. The US role in combating terrorists has been considered controversial.

Last year, Washington openly threatened Arab states over a possible rapprochement with Damascus, following the first presidential elections in Syria since the war, in which Assad claimed victory with 95.1% of the vote. According to a senior US administration official, Washington did not witness a “major change in behaviour” by Assad. However, his win proved Western efforts to stage a coup d’etat failed in Syria.

The US sanctions and economic blockade have prevented Arab leaders from normalising relations with Damascus, but Friday’s meeting could be a light at the end of the tunnel.

The Joe Biden administration recently received a slap in the face from his Saudi and Emirati partners, who refused to take calls from the US president as he was seeking to urge them to boost oil production amid skyrocketing crude prices, sources told the media. Prices have been on the rise as the administration banned imports of oil and gas from Russia, which, in fact, have now become a headache for American consumers.