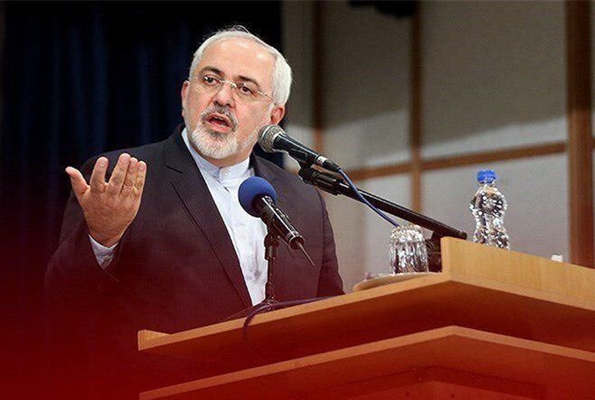 Iran’s Foreign Minister Moammad Javad Zarif says the US and certain western countries are hindering the fight against narcotics, and thus are responsible for the consequences.

Zarif said the re-imposition of the United States’ anti-Iran sanctions, as well as Washington’s economic terrorism against Tehran are preventing the Islamic Republic from implementing international agreements in regard to the fight against narcotics.

The Iranian minister made the comments at a conference to mark the International Day against Drug Abuse and Illicit Trafficking.

He added that the Islamic Republic spends 300 million dollars annually in the war against drug trafficking.

“The Islamic Republic of Iran believes that to fight against narcotics it is necessary to avoid politicisation and unilateralism, and to pay attention to international cooperation as a necessary means to achieve the goals set forth to build a better future for all human beings and future generations.”

Zarif also underlined that the martyrdom of over 3,800 people and injury of more than 12,000 others are the costs that nobody can compensate for Iran in the world.

He emphasised that Iran’s geographical location in the vicinity of the largest traditional drug producer –Afghanistan – has made its actions vital not only at national level, but also at regional and international levels.

“Iran alone accounts for nearly 80 percent of the world’s total opium discoveries, and more than 800 tonnes have been seized last year alone.”

The General Assembly of the UN decided to observe June 26 as the International Day against Drug Abuse and Illicit Trafficking as an expression of its determination to strengthen action and cooperation to achieve the goal of an international society free of drug abuse.

Supported each year by individuals, communities and various organizations all over the world, this global observance aims to raise awareness of the major problem that illicit drugs represent to society.