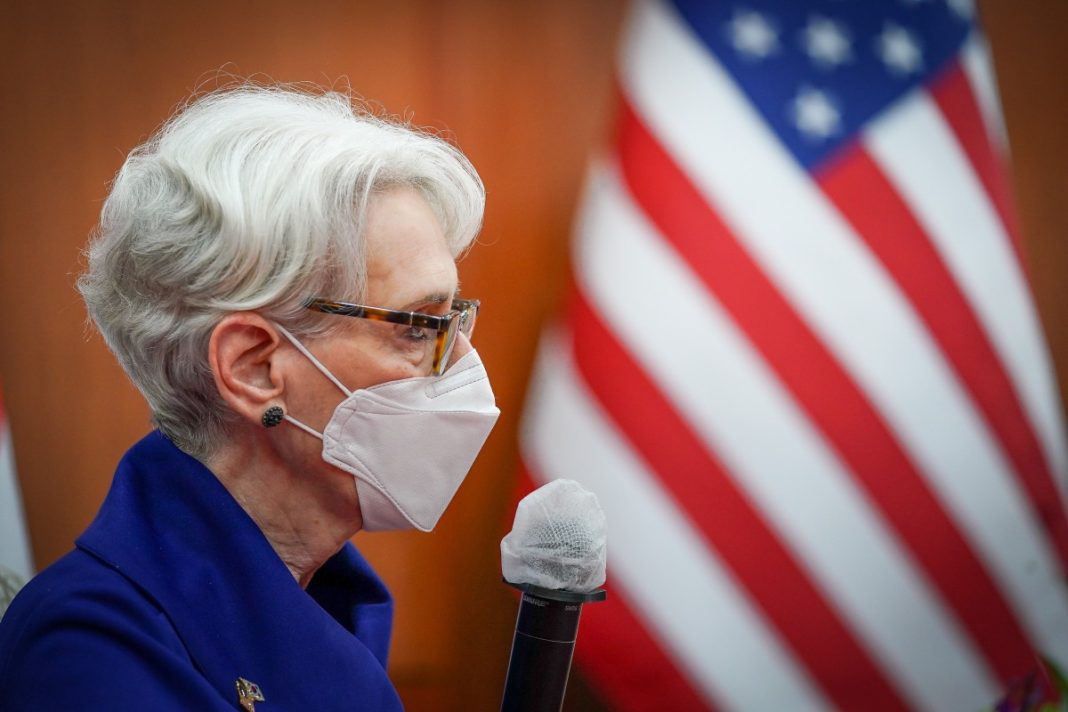 US Deputy Secretary of State Wendy Sherman has said the Iran nuclear deal—formally known as the Joint Comprehensive Plan of Action (JCPOA)—is not dead yet.

“I think there is a very viable agreement and Iran just has to say, ‘yes’,” stated Sherman, explaining that internal politics are likely at play over who is truly the nation’s current supreme leader.

“As best as we can tell, they can’t come to a decision,” she added.

Sherman made her remarks at a live sit-down interview July 12 with Barbara Slavin, director of the Future of Iran Initiative and a nonresident senior fellow at the Atlantic Council, at the International Student House.

According to Sherman, it’s in Iran’s best interest to make a deal.

“They would get sanctions relief. They would improve their economy and sell their oil again and the world needs their oil, so they could get a good price for it. It’s all in their interest to do this, but they’re having a very hard time getting consensus,” she said.

“The European Union, the French, the Germans, the British who have negotiated this deal, along with Russia and China, all want this deal,” she added.

In 2018, the US, under President Donald Trump, pulled out of the nuclear deal and reinstated sanctions under the so-called ‘maximum pressure campaign’ against Tehran, effectively depriving Iran of the deal’s benefits by forcing third parties to stop doing business with Iran.