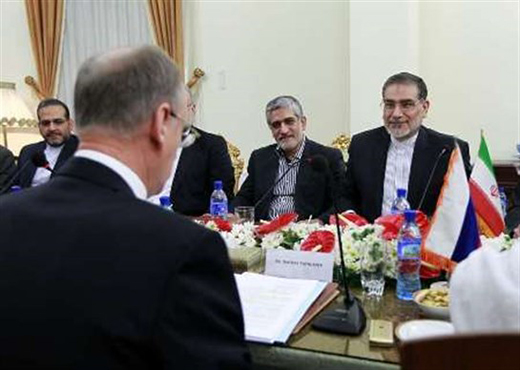 A senior Iranian negotiator said that one cannot accurately predict the time needed for the implementation of an emerging comprehensive nuclear deal between Iran and P5+1.

A senior member of the Iranian nuclear negotiating team Hamid Baidinejad said Monday that the US fact sheet is by no means expressive of the context of the framework agreement.

Speaking to reporters on the sidelines of a conference entitled ‘From Geneva to Lausanne’ held at a university in Tehran, Baidinejad said that it is natural that the Americans insist on their fact sheet.

He quoted head of Atomic Energy Organization of Iran Ali-Akbar Salehi as saying that Iran has prepared its own fact sheet and will publish if it deemed necessary.

When asked to comment about the time needed for the implementation of an emerging comprehensive deal and that some say it will take six months, Baidinejad said: “We have not discussed the details yet…thus, one cannot accurately predict the time needed. So the six-month prediction is not realistic and it will be shorter.”