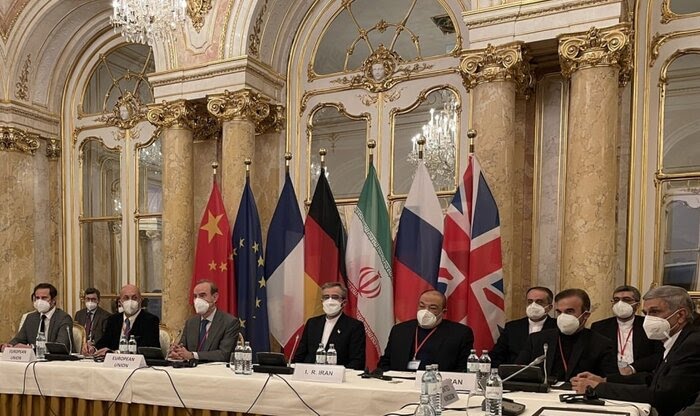 Informed sources say the US and European parties to the Vienna talks have suitable exchanges during the negotiations but tell media that the talks are not going forward and blame Iran, a Tehran-based newspaper reports.

When the Islamic Republic offered its proposals for the removal of all sanctions, effective verification of the removal of the sanctions and the need for guarantees from the other parties, the Americans, the Europeans along with Israel and some regional governments launched a media campaign against Iran to blame it for an impasse in the talks, Keyhan wrote.
They focused on such scenarios as the defeat of the Joint Comprehensive Plan of Action, setting a deadline for Iran in the talks and threatening it with military action to blame Iran, added the daily.
“The change in the direction of the nuclear talks and the perseverance and insistence of the Iranian negotiating team led the US and the Europeans to back down on their initial positions and accept new drafts tabled by Iran as the basis for the future talks,” Keyhan wrote.
However, the paper said, despite accepting Iran’s proposals as the basis for the talks, the US and the Europeans continued their media campaign as part of a blame game against Iran.
This comes as Iran’s top negotiator Ali Bagheri also said before the pause in the talks on Thursday that the European sides have accepted Tehran’s proposed texts as the basis for further negotiation.