US Doubles Trade with Iran but Bans Europe, Asia: Germany 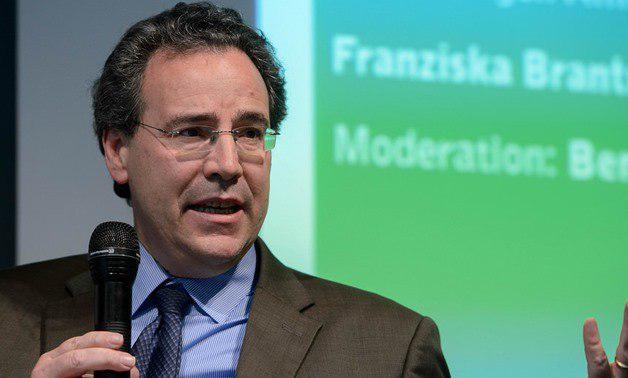 While the US companies have doubled their trade volume with Iran, Washington continues to ban the European Union firms from doing business with the country, said a senior German official.

The remarks were made in a tweet by Miguel Berger, the Director-General for Economic Affairs and Sustainable Development at Germany’s Federal Foreign Office, who also serves as German envoy in the Instrument in Support of Trade Exchanges (INSTEX), the special payment channel created by Europe to facilitate trade with Tehran in the face of the US sanctions.

He referred to the growing US exports to Iran in 2018 and said this comes as European firms are banned from trading with the country.

“The US trade with Iran has more than doubled in 2018, the highest level in ten years. At the same time European companies are discouraged from doing business with the country,” he was quoted as saying in a report by Fars news agency.

US President Donald Trump who had described the Iran nuclear deal as a catastrophe during his presidential campaign unilaterally withdrew from the accord in May 2018. Since then, his administration has launched an extensive campaign to ban foreign firms from establishing any trade ties with the Islamic Republic.

Reports by European media say the US treasury officials have directly contacted CEOs of European firms to warn them against direct trade ties with Iran.

US trade with #Iran has more than doubled in 2018, highest level in ten years. At the same time European companies are discouraged from trading with Iran.

A comparison between the figures of the last two years reveals that the US trade balance with Iran increased by five times in 2018 compared with the previous year.

The growing trade volume comes as due to the sanctions re-imposed by the US on Iran following Trump’s unilateral withdrawal from the JCPOA, any trading with Iran requires permission by the US Treasury Department.

Berger attended an economic forum on Wednesday and held talks with Germany’s business leaders on the INSTEX.

“We held important discussions during the forum with a focus on INTEXT and ways to implement the mechanism,” he noted.

The INSTEX is a special-purpose vehicle established in January 2019 by France, Germany and the United Kingdom to facilitate non-dollar trade with Iran. The vehicle is headquartered in Paris, France, and is headed by German national Per Fischer, who formerly served as Head of Financial Institutions at Commerzbank, between 2003 and 2014.

Back in February, Russian deputy foreign minister Sergei Ryabkov said that Russia will seek to participate in INSTEX.

The mechanism has not become operational yet. If implemented, the European officials say, the mechanism will only cover food and medicine products in its earlier stages.