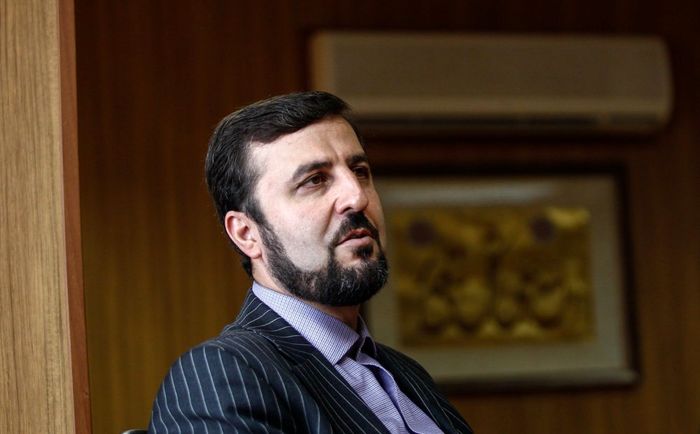 A top Iranian diplomat says the US and its allies’ opposition to the Iran-China strategic cooperation document shows it is the right plan to do.

Iran’s ambassador to Vienna-based international organizations Kazem Gharibabadi said their opposition indicates the document is a judicious decision to take the most advantage of international opportunities against Washington’s “maximum pressure” policy vis-à-vis Iran.

“The Islamic Republic of Iran is under the US regime’s toughest unfair and illegal sanctions,” said the senior diplomat on his Instagram page.

“Trump has adopted the so-called ‘maximum pressure’ policy on Iran to, as he believes, achieve his objectives,” he noted.

“Today, China is not only opposed to the United States’ unilateral and expansionist policies, but also has the world’s second largest economy with a GDP of 14.14 trillion dollars,” he added.

Gharibabadi underlined that Beijing and Tehran have common ground on numerous international issues. Moreover, he said, China has, in recent years, opposed the adoption of decisions and taking action against Iran within the framework of international organizations.

“Under such circumstances, it is natural that the US and its supporters will make desperate efforts to keep Iran in economic isolation and keep it from forging broad trade and economic relations with other countries,” he said.

“Opposition by the United States and its allies shows entering into bilateral and strategic cooperation with China, which is in the interests of both countries, is a right and judicious decision,” said the top diplomat.

“One of the major concerns of foreign countries opposing this strategic document is the development and progress of Iran while under sanctions,” he said.

The top diplomat said the US and its Western and regional supporters are worried neither about Iranian people, nor about Iran’s development under tough sanctions.

“All they want is to simply put more pressure on our dear people and country,” he said.