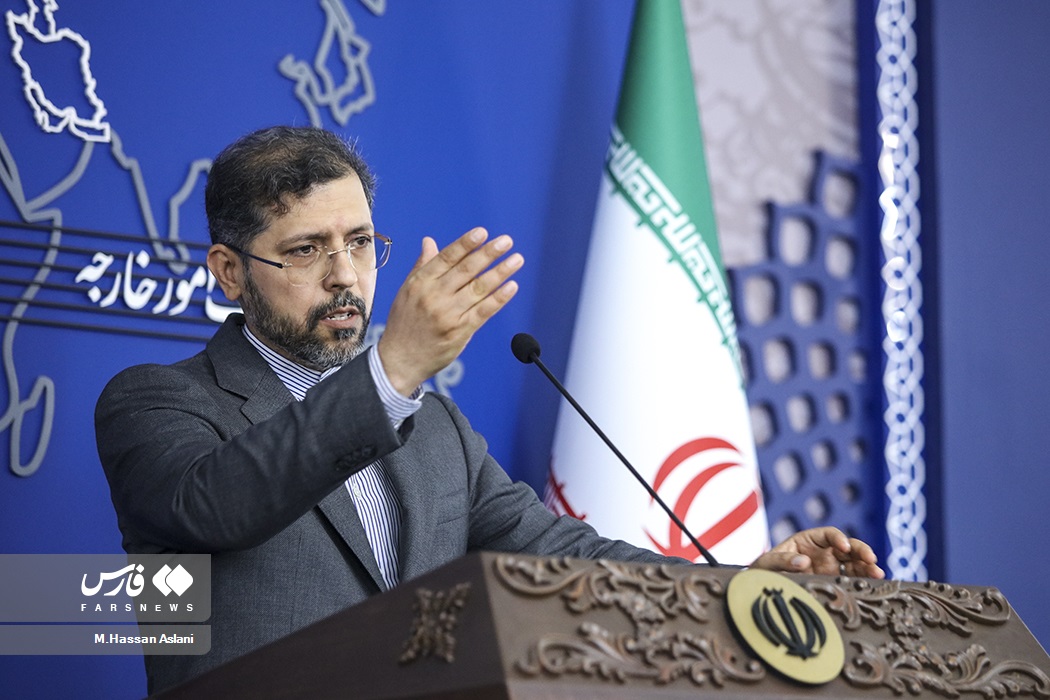 Iran’s foreign ministry spokesman has slammed the double standard policies of the United States against Iran, stressing that the Joe Biden administration has been following the same policies of the former US President Donald Trump regarding Iran.

Saeed Khatibzadeh said in his weekly presser on Monday that those policies became clear more than ever after the US’s recent sanctions against Iran.

“This behavior of the US has brought about the mistrust of the international community.”

Khatibzadeh then turned to the negotiations in Vienna for revival of the Joint Comprehensive Plan of Action, stressing that Iran continues to walk down the path of diplomacy.

“Despite the US’s failure to meet its obligations and continuation on Trump’s path, this train is not yet derailed. We are ready for a good, lasting and effective agreement and consider the grounds ready to reach such as an agreement,” he said.

Khatibzadeh added that Iran’s stance on nuclear weapons is clear.

He said Iran is completely opposed to nuclear weapons both based on the fatwa by the Islamic revolution leader, which is registered with the United Nations as a document, and in the initiatives Iran has tabled as well as a member of the Non-Proliferation Treaty.

He added that the Islamic Republic of Iran has been among the architects of the Middle East Free from Nuclear Weapons initiative, while Israel and the US have impeded the initiative from advancing.

“It is those who wield nuclear weapons are exactly those who continually expand their arms,” he said.

He also expressed hope that Iran’s oil shipment, which is detained in Greece, is released soon.

“The way forward would be protection of bilateral ties and immunity from a third party element (the US),” he said.

The spokesman also talked about the visit by the Kazakh president to Iran stressing that both sides want to raise mutual trade between the two countries from the current half a billion dollars to 3 billion dollars.

Khatibzadeh added that the first instance of rail freight transportation from Kazakhstan through Iran has been completed via Turkmenistan and Turkey.

He said this is the first freight transported through the north-south corridor via sea and railways.

Khatibzadel also announced that Russian Foreign Minister Sergei Lavrov will visit Iran at the end of the current week.