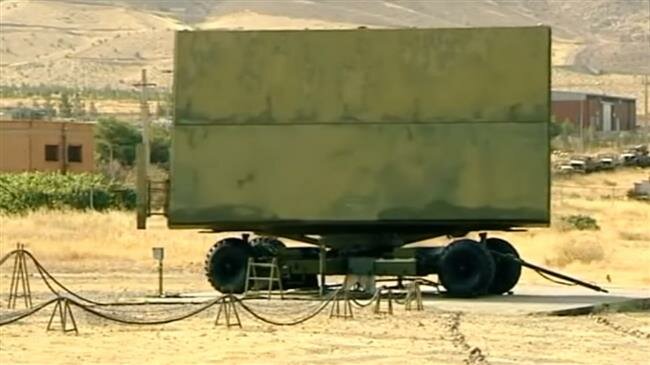 The Iranian army has unveiled the “Falaq radar system”, an indigenously upgraded and overhauled version of a foreign air defence radar system.

“This system has high capabilities and can identify all types of cruise missiles, stealth planes, drone systems and ballistic missiles for a range of 400 kilometers,” commander of the Iranian Army’s Air Defence Force Brigadier General Alireza Sabahi-Fard said on Saturday.

The Falaq is a phased-array radar system which can be incorporated into the country’s larger integrated air defence, further improving the radar coverage of existing systems, specifically that of the S-300.

The system was developed in order to counter sanctions restricting access to spare parts of a previously foreign-developed system.

Withstanding various international sanctions and embargoes since the Islamic Revolution in 1979, Iran has striven to develop its own military hardware as part of a general doctrine of self-reliance

“Whereas [Persian] Gulf Cooperation Council states spend lavishly on high-end, off-the-shelf, US-built platforms, decades of sanctions and post-revolutionary strategic decisions to be militarily self-sufficient has led Islamic Republic to focus more on its own indigenous industries” it wrote.

The article also added that “Iranian military tacticians” were increasingly “incorporating artificial intelligence if not fully autonomous systems into their platforms”, to be used in military maneuvers, missile defence capabilities and drones.

Iran is “making strides into twenty-first century technology”, it wrote.