UN Tehran Office, a follower of Must See Iran campaign 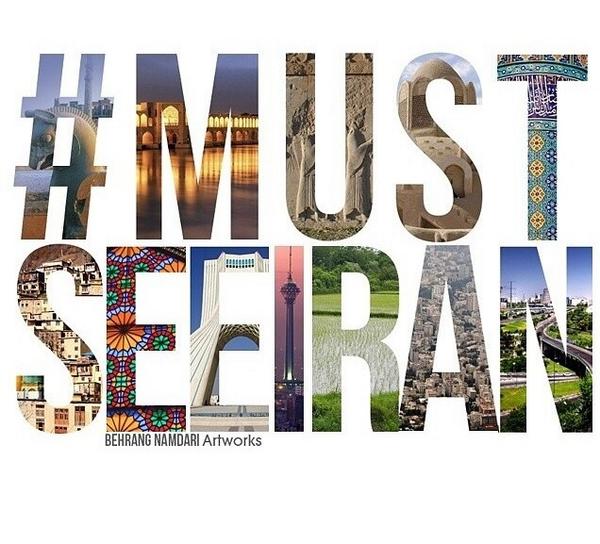 A campaign to improve the false image of Iran in the world has gained around 300,000 followers in a year, including the UN Resident Coordinator in Iran.

One year into the launch of the mustseeiran campaign, a hashtag aimed at promoting Iran’s image the world over, the number of photos posted by people on social networking sites has hit 300,000.

Khbaronline.ir on July first released a report on the biggest public campaign in Iran which was launched by Seyyed Ali Araghchi, a nephew of Iran’s nuclear negotiator, saying that the United Nations has announced its Resident Coordinator and UNDP Resident Representative Gary Lewis in Iran supports the national campaign. The following is the translation of part of that report:

According to what has been published on the UN website, both in Farsi and English, #MustSeeIran has managed to polish the black image painted of Iran by showcasing Iran’s traditions, culture and tourist attractions. The UN says this campaign is trying to transform the tarnished image of Iran and display a real picture of the country.

The Twitter campaign by Araghchi soon turned into a platform for the Iranians to share images of Iran’s natural and historic sites through the hashtag on social networking sites.

The UN says several international officials, among them Tehran-based foreign ambassadors, as well as Iran’s President Hassan Rouhani have joined the campaign and re-tweeted the post.

Ali Araghchi, the creator of #mustseeiran, says the Twitter page has gained more followers among environment lovers and those interested in tourism by the day.

He went on to say that the campaign pursues five main objectives: painting a positive picture of Iran; encouraging Iranian and foreign travelers [to visit different places in Iran]; boosting a spirit of solidarity; promoting national unity and participation; and streamlining the inflow of hard currency to Iran, something which will help the country’s economy and tourism industry thrive.

He further said that the campaign has made great achievements so far thanks to the feedback it has received from the people.

Iran, a four-season country, has multiple natural and historic attractions, Araghchi said, adding over this past year people showed that big goals are achievable through national unity, citing what his campaign to introduce the real picture of Iran to the world has achieved in a year.

Efforts by people helped this campaign – which had no government support – make it to the world’s top media, he said, adding we still have a long way ahead, but the result so far is a unique experience.

On his new plans, he said that new pages will be launched for different cities in Iran, adding the visitors can go to http://instagram.com/mustseeiran_insta and get familiar with the matchless beauties of the Iranian cities.

Araghchi concluded that foreign arrivals can drive up employment and earn the country more foreign exchange, saying this campaign can serve as the powerful arm of the Iranian economy because the more tourists arrive in the country, the more people feel motivated to work and increase national wealth. People can share their beautiful photos of Iran and play their role in improving the image of Iran, he added.