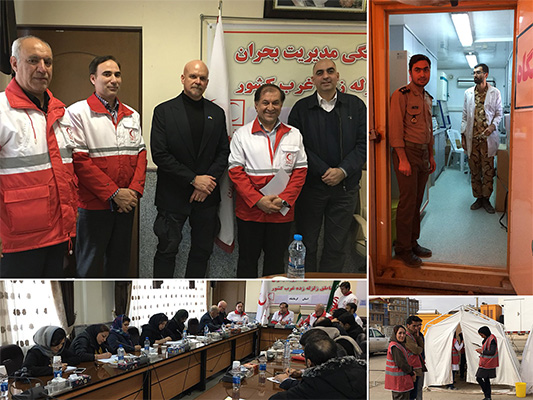 Gary Lewis, the UN Resident Coordinator in Iran, has hailed the "quite impressive" effectiveness and organization of the Iranian Army and Red Crescent during the relief and rescue operations following the recent deadly earthquake.

Once the emergency phase was over in the earthquake-hit areas in Western Iran, the Iranian government invited the UN to support the recovery phase.

Lewis and his team travelled to Kermanshah a couple of days ago “to share sympathy and also start initial assessment.”

In a number of posts in his Twitter account, Lewis has noted that he was “very impressed by the level of organization and effectiveness” of the Iranian Army and the Iranian Red Crescent Society’s capacity to deal with medical emergencies in earthquake stricken Sarpol-e Zahab.

He also referred to his visit to a Red Crescent warehouse, saying that the IRCS volunteers were “doing a great job”

Lewis also regretted that “a lot of schools have been damaged”; however, he noted that “plans are already underway by the Iranian people to rebuild them from scratch.”

The deadly earthquake that hit Iran-Iraq border areas on November 12 has so far killed at least 456 people in Iran and wounded thousands of others.