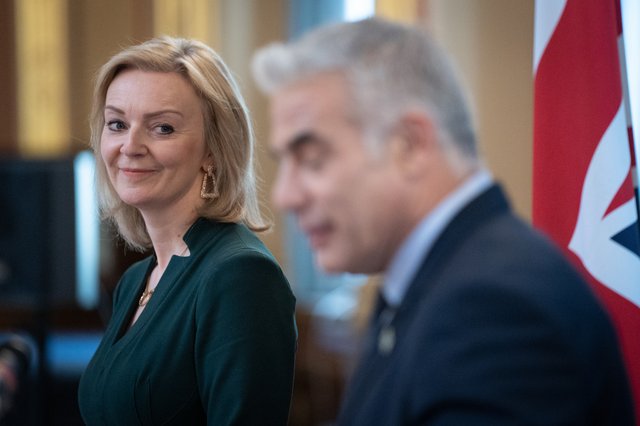 UK foreign Secretary Liz Truss and Israeli Foreign Minister Yair Lapid have discussed the latest regarding the Vienna talks on restoring the Iranian nuclear deal. UK is among the remaining signatories to the deal, engaged in talks with Tehran.

“Talked to Israeli Foreign Minister Yair Lapid this evening about the serious situation of Russian aggression towards Ukraine as well as the talks in Vienna to ensure Iran does not obtain a nuclear weapon,” the UK foreign secretary stated on her Twitter page.

“We are deepening the UK-Israeli economic and security cooperation through a new Bilateral Roadmap,” she continued.

Lapid has also said on Twitter, “Tonight, I spoke with the Foreign Secretary of the United Kingdom. We discussed the current situation on the Russia-Ukraine border. We share a common desire to see a diplomatic solution which prevents a military confrontation that would have serious consequences.”

Concerns over Moscow’s alleged preparations for an invasion of Ukraine have been increasingly announced in the West and in Kiev recently. Kremlin Spokesman Dmitry Peskov castigated these statements as an empty and groundless escalation of tension, emphasizing that Russia posed no threat to anyone. At the same time, the Kremlin press secretary did not exclude some possible provocations to justify such claims and warned that the attempts to resolve the Ukrainian conflict by force would carry extremely serious consequences.

Lapid added that he also discussed the Iran nuclear talks, as well as strategic ties, with Truss.

Intensive diplomatic talks continue in the Austrian capital of Vienna between Iran and the P4+1 group of countries to discuss all possible ways to salvage the 2015 nuclear deal by removing all sanctions imposed by the United States against Tehran.

Iran has put many offers on the table and encouraged the other side to come up with new proposals to resolve the outstanding issues.