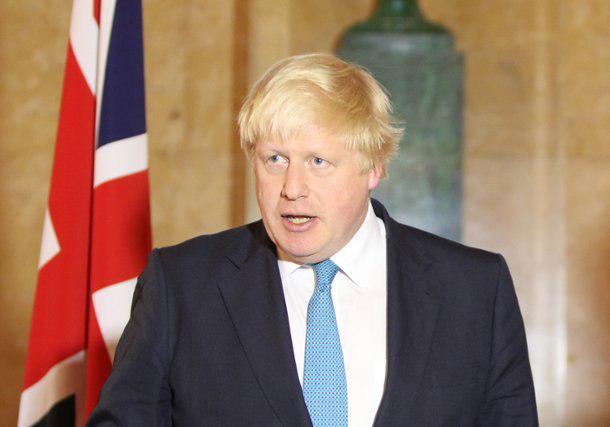 British Foreign Secretary Boris Johnson has arrived in the Iranian capital of Tehran on Saturday to meet with high-ranking Iranian officials.

Johnson landed in Tehran after a short stay in the Omani capital of Muscat, where he held talks with Sultan Qaboos and his counterpart Yusuf bin Alawi.

Before leaving London for the Middle East, Johnson described Iran as “a significant country in a strategically important, but volatile and unstable, region which matters to the UK’s security and prosperity.”

“My first visit is an opportunity to hold further discussions on a series of crucial issues, including how we can find a political solution to the devastating conflict in Yemen and secure greater humanitarian access to ease the immense suffering there,” he noted, according to The Telegraph.

“I will also underline the UK’s continued support for the nuclear deal while making clear our concerns about some of Iran’s activity in the region.”

“While our relationship with Iran has improved significantly since 2011, it is not straightforward and on many issues we will not agree. But I am clear that dialogue is the key to managing our differences and, where possible, making progress on issues that really matter, even under difficult conditions. I look forward to a constructive visit.”

Johnson’s trip to Tehran is only the third by a UK Foreign Secretary since 2003 and comes at a time of tension in the Middle East over Donald Trump’s announcement that he is recognising Jerusalem al-Quds as the capital of the Israeli regime.

In wide-ranging talks with Iranian Foreign Minister Mohammad Javad Zarif, Johnson will seek to shore up bilateral relations and discuss the 2015 nuclear deal.

Iran is also likely to raise the issue of a £400 million debt, dating back to an abortive order for tanks by the pre-Revolution regime in 1979, which remains unpaid despite a court ruling against the UK.

The cash has already been deposited in a court for payment, and it is understood that work is underway to find a sanctions-compliant method for handing it over.