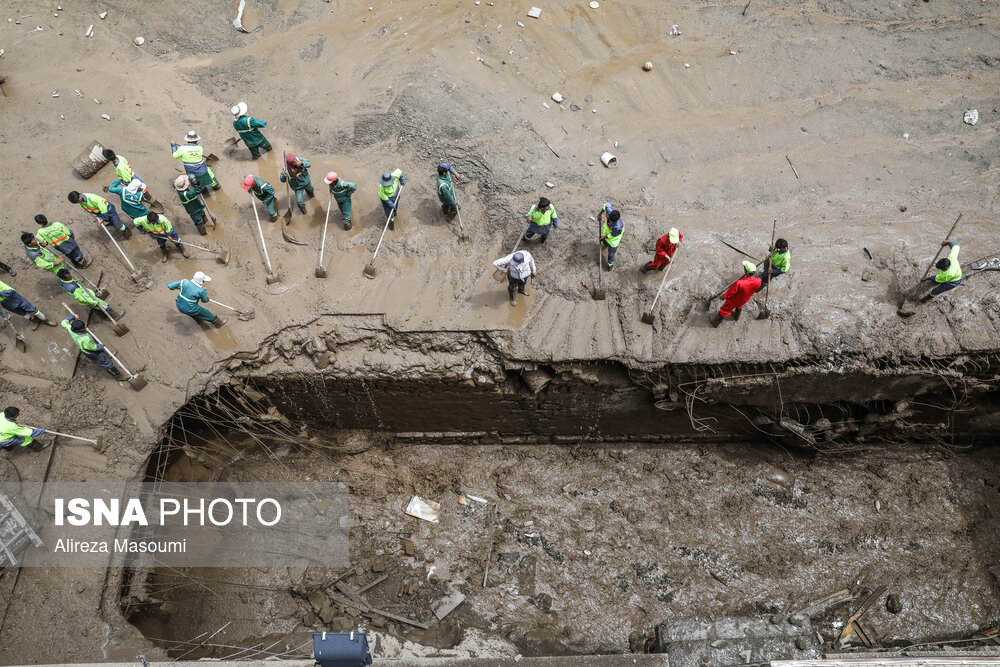 Flash floods and landslides triggered by torrential rains have left at last 14 people dead and 11 others missing across Iran in the last few days, according to the Iranian Red Crescent Society.

The head of the Relief and Rescue Operations of the Red Crescent Society, Mehdi Valipour, said on Friday 3,000 rescuers have been dispatched to the flood-hit provinces, including Tehran, Kohgiluyeh and Boyer-Ahmad, and Sistan-Baluchestan.

The unseasonal rains, expected to continue until Monday, have affected 100 towns and 300 villages in 18 provinces across the country, Valipour said.

On Thursday, at least nine people were killed after heavy rains and landslides dumped four-meter deep mud in the Emamzadeh Davood village, northwest of the Iranian capital Tehran.

Rescue teams discovered three bodies in the early hours of Friday, saying they could have been victims of the Emamzadeh Davood floods, according to initial reports, pending investigation.

Roads leading to Emamzadeh Davood, Kan, Boomehen adjacent to Tehran are blocked as a result of the heavy downpour.

Authorities had issued advance warnings to citizens to practice caution in riverbeds and mountainous regions.

Climate change is believed to amplify extreme weather, including droughts and intense rain storms, in many parts of the world.