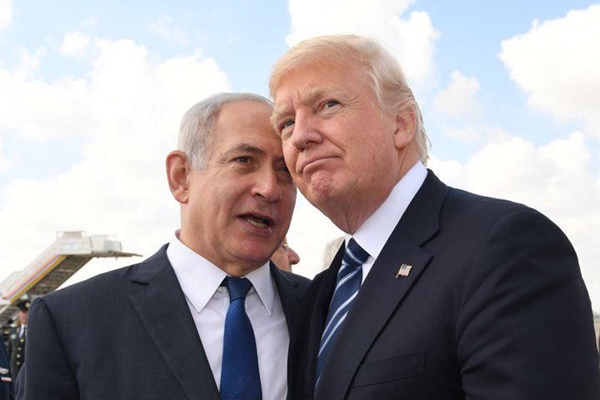 Iran's ambassador to the UN says the Israeli regime is the top priority for the United States, unlike the “America First” policy declared by President Donald Trump.

Majid Takht-Ravanchi said Tel Aviv even takes precedence over Washington in US policies.

“The principle ruling the United States’ foreign policy, especially in the country’s incumbent administration, is not ‘America first,’ but ‘Israel first’,” he said as quoted by Fars News Agency.

He said this comes as US President Donald Trump had stressed during his election campaign that the United States would be the number-one priority for him.

The top diplomat said Washington even breaches the fundamental principles of international law and common norms.

Takht-Ravanchi was speaking in a meeting on the Palestinian crisis in his first speech at the United Nations Security Council as Iran’s new ambassador.

He recalled the UN Security Council’s legal responsibility with regards to the maintenance of international peace and security. He said all the international body has done in the past seven decades has been to adopt resolutions which have practically had no effect in restoring the rights of Palestinians.

“This council should make the occupying regime [of Israel] end its occupation of Palestine,” he said.

He noted whenever the UN Security Council has intended to issue a resolution to pressure Israel, the US has vetoed it.

“As a result, the Zionist regime [of Israel] was emboldened in the implementation of its expansionist policies and committing its illegal actions and pressing ahead with international crimes, namely genocide, war crimes, crimes against humanity and aggression,” he said.

The Iranian diplomat also touched upon Israel’s aggression against its neighbours as well as its more-than-a-decade-long inhumane embargo on Gaza.

“That’s not all because the situation has seriously changed in the current US administration and this country itself blatantly violates relevant UN Security Council resolutions a clear example of which is the relocation of its embassy [from Tel Aviv] to al Quds and the recognition of the Israeli regime’s sovereignty over occupied Golan heights in Syria,” he noted.

He categorically condemned such US moves, dismissing them as illegal and ineffective.

“The policy this country has adopted toward Palestine over the past 70 years proves that US proposals, namely those related to the so-called ‘Deal of the Century,’ cannot be trusted,” he said.

“The inalienable rights of nations cannot be taken away through intense military, political and economic pressure, nor can they be bought with petro-dollars,” he said.

Takht-Ravanchi also recalled international backing for the restoration of Palestinians’ rights, calling for the support to continue until an independent Palestinian state is established with holy Quds as its capital.

“The international community should resist efforts by the US and some of its partners, including Israel and Saudi Arabia, to change the nature of threat in the Middle East from the issue of Palestine to other fabricated threats aimed at deflecting the world public opinion from realities,” he noted.

Takht-Ravanchi, Iran’s new ambassador and permanent representative to the UN, presented his credentials to UN Secretary General António Guterres on April 23, 2019, officially commencing his work in his new capacity. He used to be the deputy chief of staff of the Iranian president for political affairs. He has also served as the deputy foreign minister for European and American affairs and a member of Iran’s nuclear negotiating team.