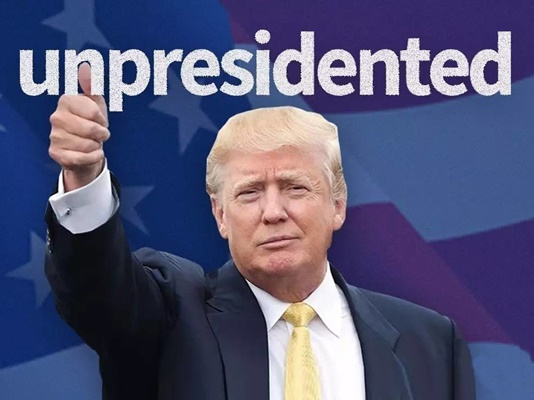 Oxford has added several new words to the latest versions of its dictionaries to reflect US President Donald Trump’s impact on English language.

Donald Trump’s linguistic dexterity may be questionable, but the US president’s lexicon has had an impact on the English language, which is reflected in the latest additions to oxforddictionaries.com, the online reference guide to current English. New coinages that reflect the latest wave of online political activism form a significant section of more than 300 new definitions in the database, which is a sister work to the Oxford English Dictionary, The Guardian reported.

Additions including “clicktivism” (a pejorative word for armchair activists on social media), “haterade” (excessive negativity, criticism, or resentment), “otherize” (view or treat – a person or group of people – as intrinsically different from and alien to oneself) and “herd mentality” (the tendency for people’s behaviour or beliefs to conform to those of the group to which they belong) all emerged during the 2016 battle for the White House, said head of content development Angus Stevenson.

Stevenson said that new terms from Trump, his supporters and opponents were emerging more rapidly than in the past. “We have lots to add all the time. We don’t have ‘fake news’ or ‘alternative fact’ this time, because they have just started gaining currency, but I am sure they will be in the next update,” he added.