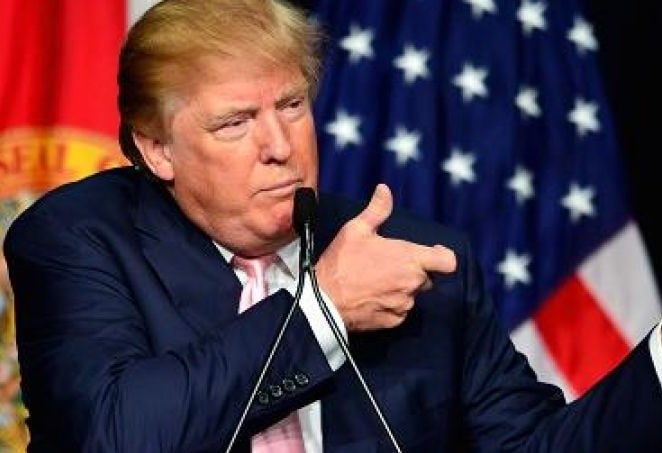 An Iranian newspaper says the US aims to destroy the European Union, and Trump is the flag bearer of the collapse of the bloc.

A recent opinion piece published by Jomhouri Eslami newspaper says US President Donald Trump wants Europe to follow Washington’s policies and it seems the EU has to tolerate and accept this humiliating manner, even at the cost of losing their independence.

What follows is the full text of the editorial:
The negative feedbacks of Donald Trump’s visit to Brussels, his participation in the NATO Summit and his trip to Britain, indeed destroyed the credibility of Trump’s America.

During Trump’s recent trips, almost no announcement of cooperation and agreement was made by either European or American leaders. But in practice, he faced serious, organized and widespread opposition that had never been experienced in the history of US-European relations, especially with the NATO.

Trump postponed his trip to Europe and in particular his visit to Britain several times, and eventually headed to Europe in a situation that no one was willing to warmly welcome the President of the United States.

The British people urged him to return home by launching massive demonstrations. They insisted that he must change his policies and stop creating tensions, racism, and humiliating manners in dealing with the other countries.

However, the extent of the protests against Trump had already been anticipated, and that was why he delayed his trip to Europe and in particular to Britain several times.

He did his utmost to find a better chance to be welcomed warmly, but at the end of the day, it was beyond reach.

The British government informed Trump that they were unable to welcome him in London and had to receive him in another place to be able to provide security for him and his companions within highly secure and protected areas.

Trump tried to travel to England at any cost so that people would not say he was dissuaded from his British trip for such matters. But the mass demonstrations in London showed well that even London is not a good place for an adventurer like Trump. Although Britain, in particular since World War II, has been considered as America’s closest ally in Europe and the world, England is not able to welcome Trump in London.

Prior to his trip to Britain, Trump was also completely isolated at the NATO Summit. Although he tried to put pressure on other parties to pay the US’ military expenses on the territory of NATO, he was faced with serious opposition and protests that made the NATO summit tense.

It’s so hard for America’s global diplomacy that Trump and his associates are not only confronted with Russia and China, but also have to challenge with their allies in the NATO. The US at the same time has waged war on the European Union, Canada, Mexico and even Britain as a follower of Washington’s policies in Europe.

During his visit to Brussels where the NATO Summit was held and also in Britain, Donald Trump constantly tried to stabilise himself in a position with a bunch of non-diplomatic and humiliating statements. But in practice, the results were totally vice versa, and it gave rise to a clear and unequivocal isolation for Trump’s America.Perhaps if it was possible for him and his assistants to foresee, they would have cancelled or delayed the journey to Europe.

The fact is that protesting against Trump is not due to his personality. It is the extreme views of Trump and his assistants which elicited such unified and unexpected response.

Trump still hopes to see the collapse of the European Union and, in particular, the collapse and destruction of the “Euro” as the single European currency, which will ultimately resolve the growing problems of America by eliminating and marginalizing the economic rivals.

While Britain is on the way to get out of the European Union, and is dealing with the increasing adverse consequences of this painful exodus, Trump is not happy with it yet. With his apparent interference, even the British are humiliated by the United States.

Trump’s sarcastic literature against Theresa May and her government was so blatant and undiplomatic that infuriated the British media, parties and people.

During this trip, Trump even determined the future prime minister of Britain! He hailed the British Foreign Secretary, Boris Johnson, and said that he is very smart and capable to become a great prime minister.

The US president now introduces immigrants as the main problem for Europeans and calls for taking action against immigrants, which is in fact a form of intervention in European affairs and policies.

The situation is so dire that French President Emmanuel Macron, who at the start of Trump’s job claimed he would not allow the United States to be isolated, is now in the front line of opposition against Trump. He says that France and the European Union have no choice but to confront and deal seriously with the US’ economic and environmental policies, as well as Trump’s positions towards the NATO.

Europe feels that following Trump’s policies will result in its humiliation and dependence. The continuation of such policies has created new trends in US relations with its allies. Washington wants them to follow the US policies and it seems they have to endure and accept this humiliating manners, even at the cost of losing independence. This is the policy that aims to destroy the European Union and has turned Trump into the flag bearer of the collapse of the European Union!