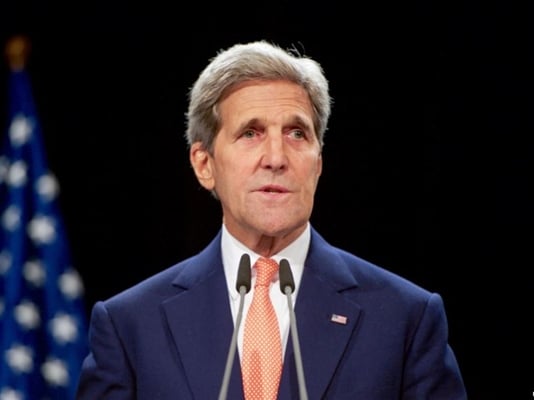 By withdrawing from the Iran nuclear deal, US President Donald Trump made one of the biggest strategic mistakes in the US history, and proved Iran’s Leader Ayatollah Khamenei was right about distrusting America, former US Secretary of State John Kerry says.

Speaking in an interview with Switzerland’s Neue Zürcher Zeitung newspaper, Kerry said President Trump‘s withdrawal from the Iran nuclear deal is surely “the biggest strategic mistake” since the Iraq war and one of the most significant mistakes in American history.

Because this decision is an agreement in which Iran lived up to its commitments and restricted its nuclear program, but Trump isolated America, he noted during the interview which was conducted on the sidelines of the World Economic Forum (WEF).

Those isolated in Iran who stood up for this agreement [reformists] will also be isolated, Kerry noted, stressing that it will have a very negative impact on Iran’s domestic policy and strengthen the hardliners.

It also increases the risk of a war that could involve the US, he said. “That is irresponsible.”

The US ex-diplomat said his country has chosen the strategy vis-à-vis Iran that was once pursued by President Bush against Iraq.

And that’s a strategy of regime change. As history shows, this does not come out well, he added, blasting Trump for choosing a “counter-productive, self-destructive strategy.

He further noted that the Iran nuclear deal’s fate now depends on the Europeans’ decision.

Europe must take action and give Iranians the opportunity to keep their economy running. Otherwise it will be very difficult, he added.

Kerry said the nuclear deal was, to some extent, supposed to be a stepping stone to Tehran’s better relations with other countries in the world, but that did not work out because of the European banks’ refusal to resume financial transactions with Iran.

They were afraid of being sanctioned by the United States with secondary sanctions despite the agreement, he noted. “That kept Iran from reaping the full benefits of the JCPOA.”

“I say it quite bluntly: The Iranians stuck to the agreement, but we did not,” he stressed.

Kerry described the current situation as “a very dangerous” one, with a real potential for conflict, saying that Iran will not just sit around and watch it being slapped by the other parties to the deal.

“It’s the fault of President Trump who unleashed all this. He had every opportunity to start negotiations with Iran. Now the Iranians will not do this anymore, because Trump has proven before their eyes that America cannot be trusted.”

“This is one of the saddest aspects of the matter: Trump has confirmed everything that Iran’s revolutionary Leader [Ayatollah] Khamenei feared about America,” he added.