Ayatollah Seyyed Ali Khamenei, the Leader of Iran's Islamic Revolution, has blasted the US-led coalition's strikes on Syria as a crime, saying the American, British, and French leaders are criminals.

Addressing a host of Iranian officials and ambassadors of Islamic countries on Saturday, the Leader said the US and French presidents as well as the British prime minister are criminals and will not benefit from the military strikes on Syria.

Ayatollah Khamenei said they had earlier committed similar crimes in Iraq, Syria and Afghanistan, but did not benefit from their actions, either.

Ayatollah Khamenei said US President Donald Trump’s claim that his country attacked Syria to fight chemical weapons is a lie.

He said thousands of people in Iran and Iraq were killed or harmed in gas attacks by the former Iraqi regime, but the US and its allies did not turn a hair.

“They are not against chemical weapons, but get involved to achieve their dictatorial interests,” said the Leader.

He said dictators will never emerge victorious and will definitely be defeated.

Ayatollah Khamenei further noted that the United States lies when it says it has defeated the ISIS terror group.

“The people who overtly and covertly supported ISIS yesterday, are claiming today that they contributed to the fight against them (terrorists) and defeated them! This is a lie, and it’s not true. They (the US) were not involved [in the fight against ISIS] whatsoever,” said the Leader.

“In the speech that the US president made a few hours ago, he said the US managed to defeat ISIS in Syria; [it’s] a blatant and downright lie!” Ayatollah Khamenei said.

He said the US even helped save ISIS elements when they were at the mercy of Syrian army and popular forces.

“Whenever they (US authorities) deem it necessary, they intervene and help. When the key elements of ISIS were under siege, they (the Americans) stepped in and saved them,” the Leader stressed.

He said it was the US itself that created the ISIS terrorist group.

“They managed to create the wicked creatures with Saudi money and the like, and to unleash them on Iraqi and Syrian nations; however, resistance against the US and its cronies saved the two countries, and it will be like that from now on, as well,” Ayatollah Khamenei said.

The Leader then said Washington is spending huge sums of money in the Middle East, but to no avail.

“Just a few days ago, the US president said that we (Washington) spent $7 trillion in the West Asia region, or as he puts it, ‘The Middle East,’ and we got nothing; he is right, they didn’t get anything, and from now on, no matter how much the US spends, it will not get anything in the region,” Ayatollah Khamenei said.

Elsewhere in his remarks, Ayatollah Khamenei rejected the accusation of expansionism against Iran.

“The claim that the Islamic Republic of Iran is seeking expansionism is nonsense, pointless and untrue. We have no intention of expansionism, and we do not need to do so, after all,” said the leader.

Ayatollah Khamenei said monotheism means standing up to the bullying of oppressors to defend the oppressed, and that is why Iran is standing by resistance groups in West Asia.

“Our presence in Syria against US-backed terrorists is for the same reason,” said the Leader.

“We were present in the West Asia region because there was resistance against oppression,” said the Leader.

He underlined that Syrian troops managed to win over Western-backed terrorists bravely and with God’s grace.

He said the enemy is not only targeting Syria or Iraq, but aims to deal a blow to the entire Muslims community.

He urged Islamic states not to serve the interests of the US and some other Western countries involved in aggression against other countries. 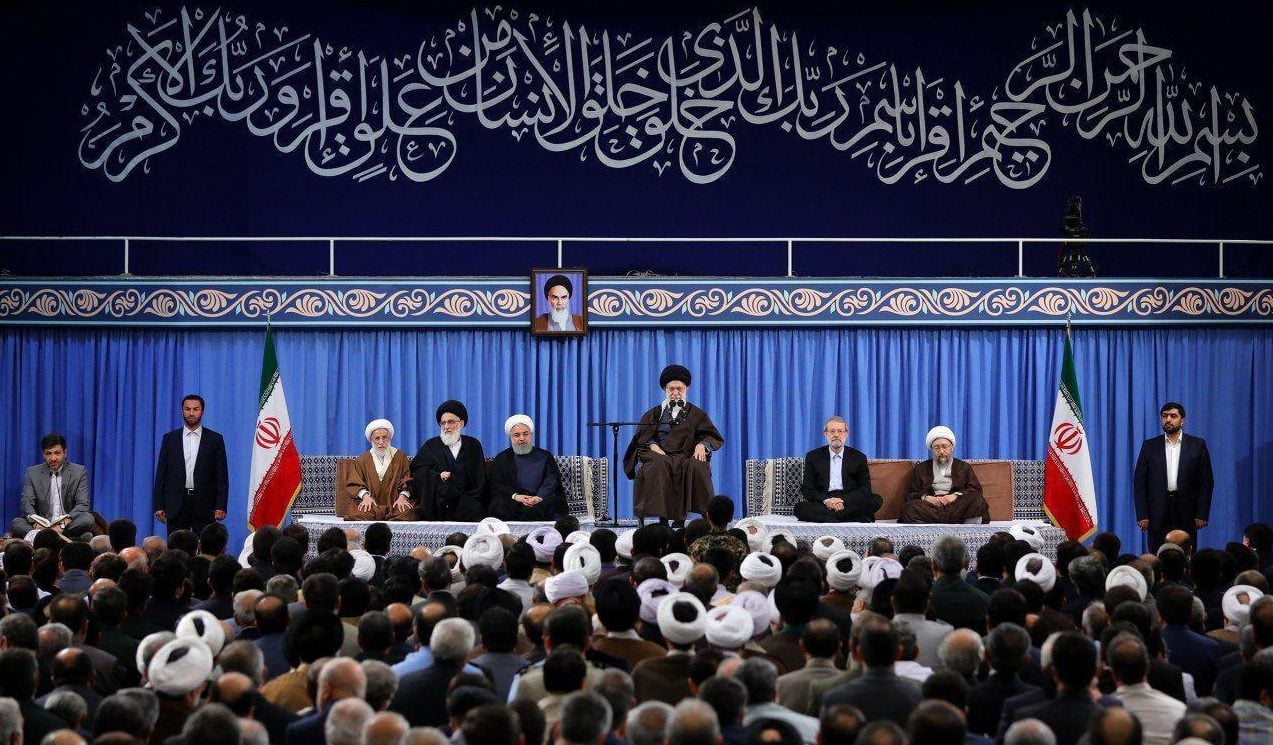