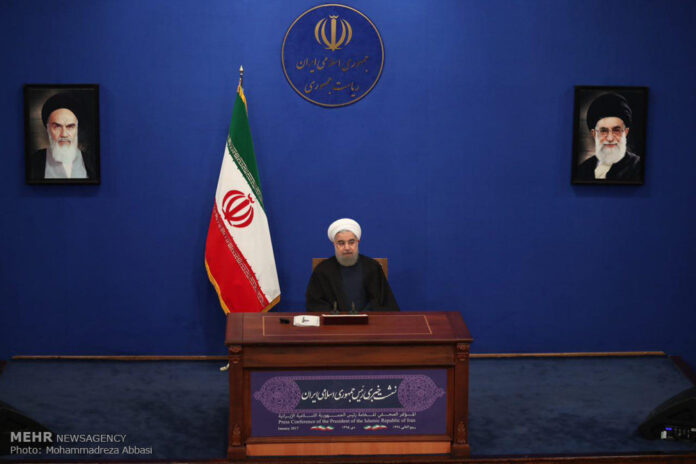 Iranian President Hassan Rouhani referred to the US President-elect Donald Trump’s opposition to the nuclear deal between Tehran and world powers, and stressed that JCPOA is a win-win deal that benefits all sides, including the US.

Speaking at a press conference attended by some 200 Iranian and foreign reporters in Tehran on Tuesday, President Rouhani pointed to the recent remarks made by US President-elect Donald Trump against the nuclear deal, and stressed that the idea of re-negotiating JCPOA [raised by Trump] is nonsense.

“Negotiations have been aimed at concluding the final deal, and have taken several years to complete,” Rouhani noted in the press conference held on the first anniversary of JCPOA implementation day.

“JCPOA is not such a deal that someone elected somewhere in the world says I don’t like it,” he added, referring to Trump’s opposition to the nuclear accord, according to a report by IFP.

“The US President-elect cannot dislike this deal. As Holy Quran says, you might dislike something while it is in your interest. The new US president doesn’t know that JCPOA benefits him,” Rouhani said, reiterating that the Joint Comprehensive Plan of Action is a win-win deal. 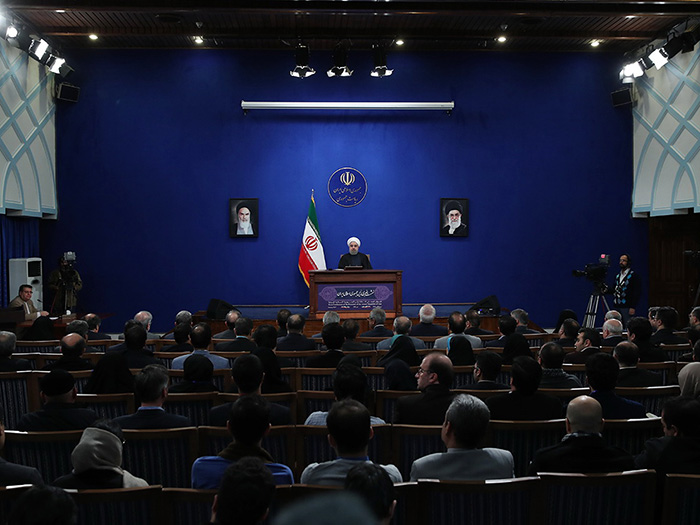 Elsewhere in his remarks, he noted that the historic deal over Iran’s nuclear program and its implementation has belied the claims against the country seeking weapons of mass destruction and demonstrated the honesty and sincerity of the Islamic Republic.

Rouhani further noted that those who claimed that Iran sought to develop nuclear and other weapons of mass destruction were speaking unjustly and unjustifiably and they should be ashamed of themselves now.

“Very few pundits believed that the issue of PMD (Possible Military Dimensions to Iran’s nuclear program) would be resolved, and the International [Atomic Energy] Agency would admit that Iran’s outstanding issues had ended,” the Iranian president said.

Describing the JCPOA as “a great national achievement,” Rouhani said, “The closure of this dossier amounted to a moral victory for the great Iranian nation.”

Rouhani stressed that all nuclear-related sanctions against the Islamic Republic have been removed after implementation of the JCPOA started, adding that there are no more bans in the gas, oil and transport sectors, Press TV reported.

He added that, however, the US, given its hostility toward the Islamic Republic, has been creating obstacles in the banking transactions between Tehran and the rest of the world.

Rouhani said Iran “is standing with great might and powerfully against” the violations of the JCPOA, adding, however, that “we have not acted and will not act hastily, because national interests are a principle for us and we will always bear in mind these interests.”