“Trump Disappointed His Expectations Not Met after JCPOA Decision” 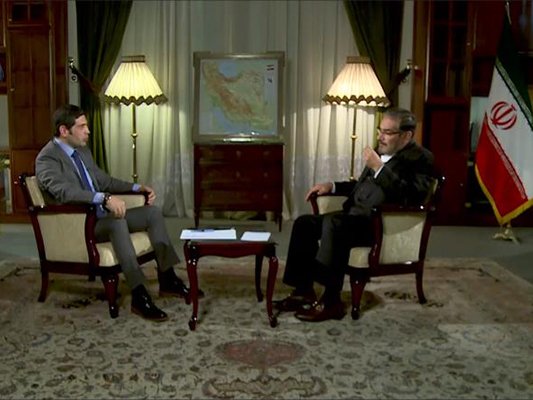 Iran’s top security official Ali Shamkhani says things have not played out favourably for Donald Trump since he walked out of the 2015 nuclear deal earlier this month, as the world has so far stood up to the controversial US president.

Shamkhani, the secretary of Iran’s Supreme National Security Council, said Trump expected Europeans will soon forget about the deal and join him in pressuring Iran to cave into US demands, but Europeans have held their ground.

Much to Trump’s frustration, other countries have also refused to side with Washington, raising frequent criticism against the unilateral decision, Shamkhani said, speaking in a Saturday interview with the Doha-based Al Jazeera Arabic channel.

Shamkhani said the beleaguered US president sees no one on his side but the Israeli regime and client states such as Saudi Arabia, the UAE and Bahrain, Fars News Agency reported.

Trump has also failed to win the support of US public opinion, as according to recent surveys up to 70 percent of the American people were against US withdrawal from the multi-party deal, he said.

On March 8, Trump pulled the US out of what he called an “embarrassment” and threatened Washington will impose “the highest level” of economic bans on the Islamic Republic.

Europe Ought to Be Serious

Shamkhani further noted that although the Europeans’ concerns about their own security and prestige pushed them to distance from the US, Iran believes they should have opposed the US measures undermining the accord “more seriously”.

Europeans were largely silent in months leading to the US withdrawal from JCPOA and this conveyed a message that they could be on the same page with the US, he said.

“However, they tried hard on the eve of the US exit to prevent Trump from making such a decision, all to no avail,” Shamkhani said.

To keep the deal alive, the Iranian official said, Europe would do well to give definite guarantees that Iran’s interests will be protected if it remains in the deal.

“If Europe cannot or do not want to take such steps, we will be no longer committed to remaining in the deal and will follow our independent policies,” he said.

On a list of 12 US demands raised by US Secretary of State Mike Pompeo this week, Shamkhani said Iran has not allowed the US to bully it in the past four decades and it is determined to continue standing up to the US.

The SNSC chief said Iran will not budge an inch on its policies, particularly its stabilizing presence in the region.

“Iran will by no means reconsider its regional policies as long as they are in line with the interests of regional nations and people and governments in Iraq and Syria want them …”, he said.

Pompeo threatened the US will impose “strongest sanctions in history” on Iran unless it meets the demands.

The list asks Tehran to halt missile development, stop what the US believes are Iran’s interventions in the affairs of Iraq, Syria and Yemen and cease support for groups which the US considers as terrorist but Iran sees as legitimate resistance forces.