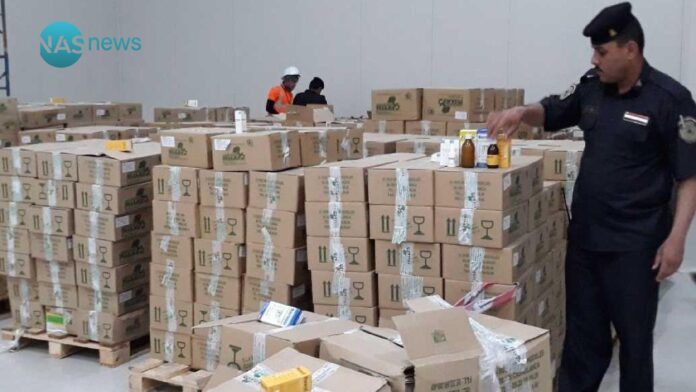 The Food and Drug Administration of Iran says the 19 truckloads of medicines seized in Iraq were not Iranian, and had only been transferred via Iran.

The government body underlined that all profiteers who seek to cash in on the current situation to make huge profits, especially amid US sanctions on Iran’s medical sector, will be dealt with.

The food and drug authority reiterated that Iranians are under tough and unfair sanctions imposed by Washington, which claims to be an advocate of human rights, but is ironically targeting Iranian people’s health.

The Food and Drug Administration said the US chants demagogic slogans that it has not imposed sanctions on food and drugs, but has, in fact, blocked the supply of some medicines and medical equipment.

“All domestic potential has been utilized to ally patients’ slightest concerns about the procurement of the medicines they need,” added the administration.

The food and drug authority added part of the financing for medicines comes foreign currency provided by the government at an exchange rate much lower that its market value.

“So, there is a possibility that some profiteers smuggle medicines,” said the administration.
It said measures have been adopted to identify and deal with all offenders in the pharmaceutical sector.