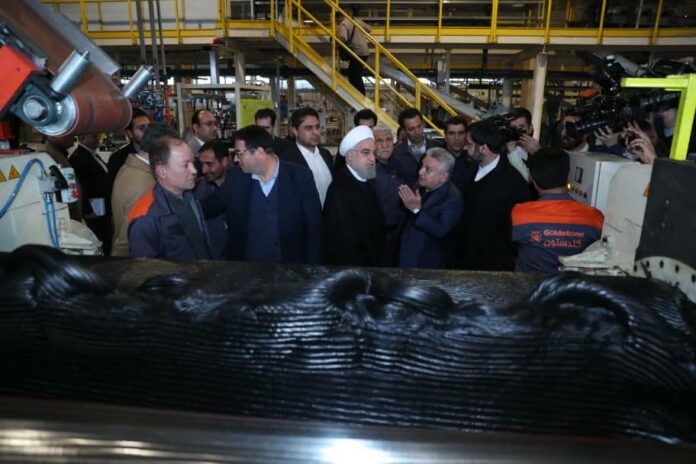 President of the Islamic Republic of Iran has inaugurated a factory producing radial tires for trucks.

In a ceremony in Iran’s northwestern city of Ardabil on Wednesday, President Hassan Rouhani inaugurated an assembly line for manufacturing radial tires for trucks, as the second phase of a project on production of radial tires in Artaville industrial complex.

In comments at the event, President Rouhani praised the Iranian entrepreneurs for making great strides in making the country self-sufficient, noting that the inauguration of the factory producing tires for heavy vehicles marks another step forward in the path to development.

The plant which has received $40 million and 6,000 billion rials in financing would manufacture 25,000 tonnes of products (300,000 truck tires) annually, satisfying 30 percent of the country’s domestic demand.

The factory has been established in an area of 45,000 square meters, and has directly provided employment for 400 people.