Training instead of jail, an unusual sentence for an environment offender 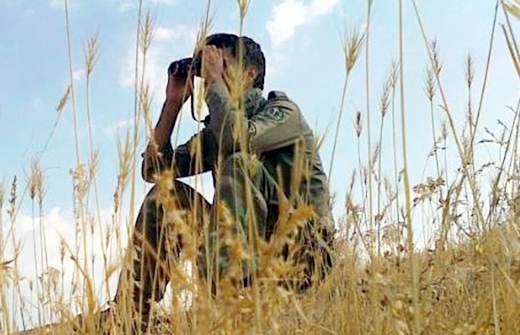 A man who has been convicted of poaching has been sentenced to receiving environment training instead of imprisonment in Golestan Province.

An unusual verdict a Golestan Province judge – who is a nature lover – has issued for a young man who committed an environmental offense has unleashed a wave of efforts to preserve the environment in the area.

Entekhab.ir on January 6 published a report on the atypical sentence for an environmental offender. The following is the translation of the report:

The sitting judge in the trial of a man in Golestan Province handed down an environmental verdict for the convict instead of a jail sentence.

The man who had tried to sell as many as 32 sandgrouses and laughing doves was sentenced to six months in discretionary jail term in a court of first instance in Gomishan District in Golestan Province. The convict later appealed against the court’s decision.

Having heard the case, the Court of Appeals reduced his sentence to one year suspended jail term and ordered him to appear in the Environment Protection Office in Turkman Port and Gomishan once a week to learn more about ways of protecting the environment, receive park ranger training and get familiar with the destructive impacts of poaching. He was also ordered to try to teach what he learns about the environment to other people in his area of residence.

According to the ruling, the court decision is implemented under the full supervision of the Environment Protection Office in Turkman Port which is obliged to report – every two months – to the court on what has been done.

With a population of more than 60,000 people, Gomishan is located in the northwest of the province. Its international lagoons, ponds and water reserves are home to a large number of indigenous and migrant birds in winter.