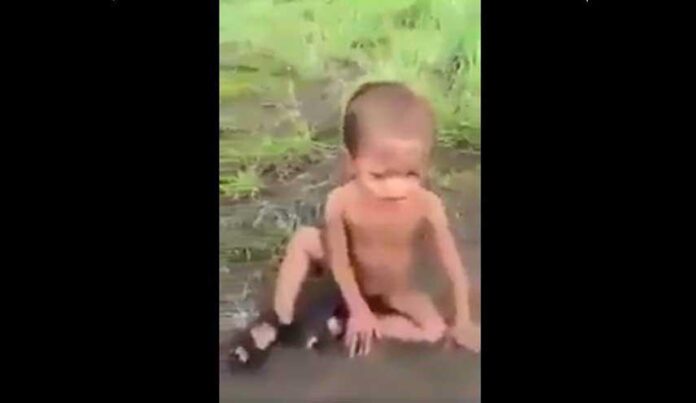 A video showing the torture of a Muslim Myanmar child has shocked social media users.

According to a Farsi report by Al Alam, a shocking video has been released on social media, showing the torture of a child from Rohingya Muslim minority in Myanmar, just because he comes from a Muslim family.

This video pictures the naked child being cruelly tortured by an electric shocker. He cries and struggles in vain to free himself.