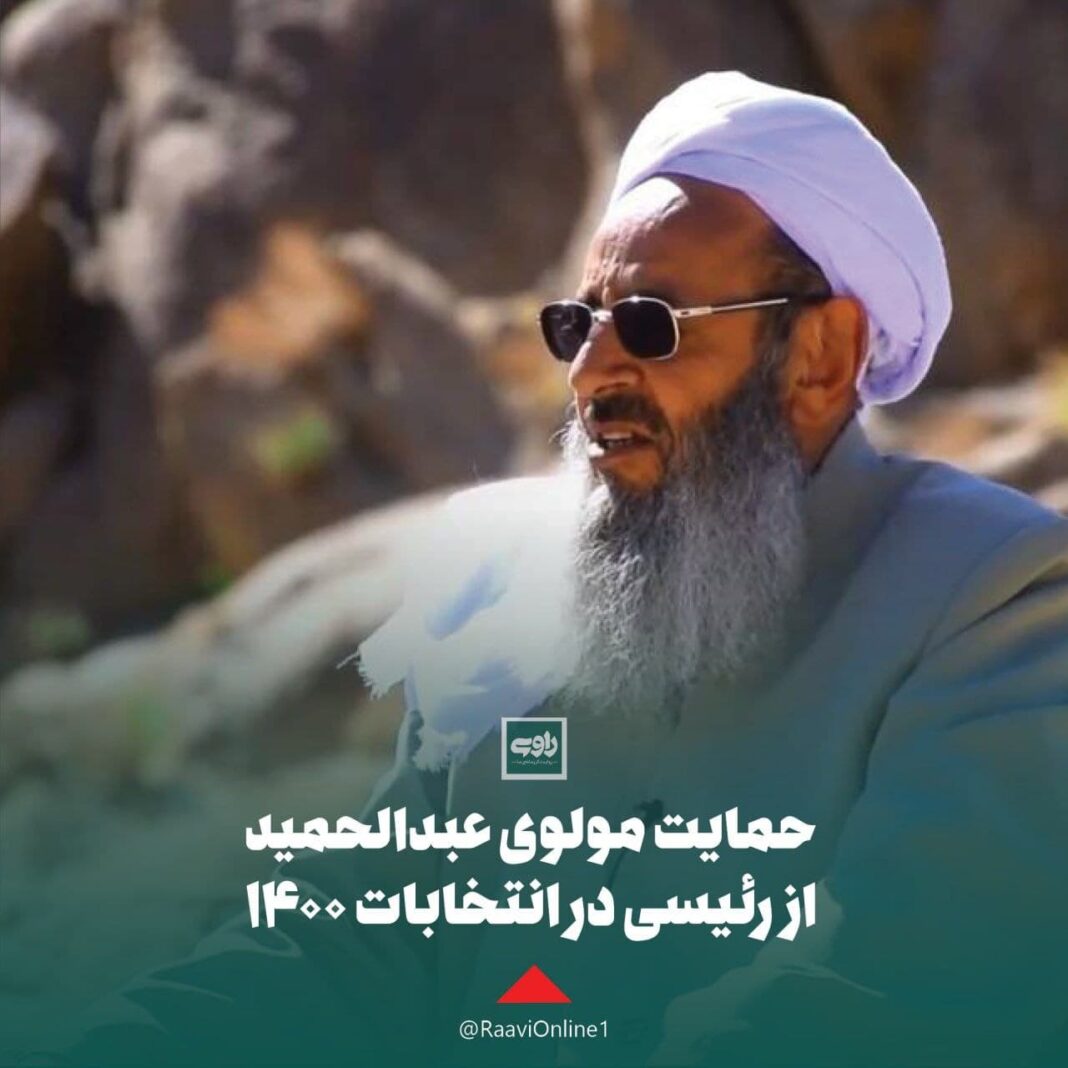 The Sunni Friday prayers leader of the city of Zahedan in the southwestern Iranian province of Sistan-Baluchistan has expressed his support for presidential contender Ebrahim Raisei.

In a statement, Molana Abd-ul-Hamid’s office announced that he backs the stance of the Sunnis’ Consultative Council in support of Raisei.

“The discussions and a statement by the [Sunnis’] Consultative Council signed and agreed by most members of the council are approved and supported by Sheikh-ul-Eslam Molana Abd-ul-Hamid,” the statement read.

“The verdict has been issued based on the deliberations and consultations of some members of this committee with the [presidential] candidates, especially Ayatollah Raisei, as well has his phone conversation with Sheikh-ul-Eslam Molana Abd-ul-Hamid, and [based on] the pledges given by Ayatollah Raisei and senior members of his [election campaign] headquarters regarding the administration of justice and tackling problems, injustice and inequality,” read the statement.