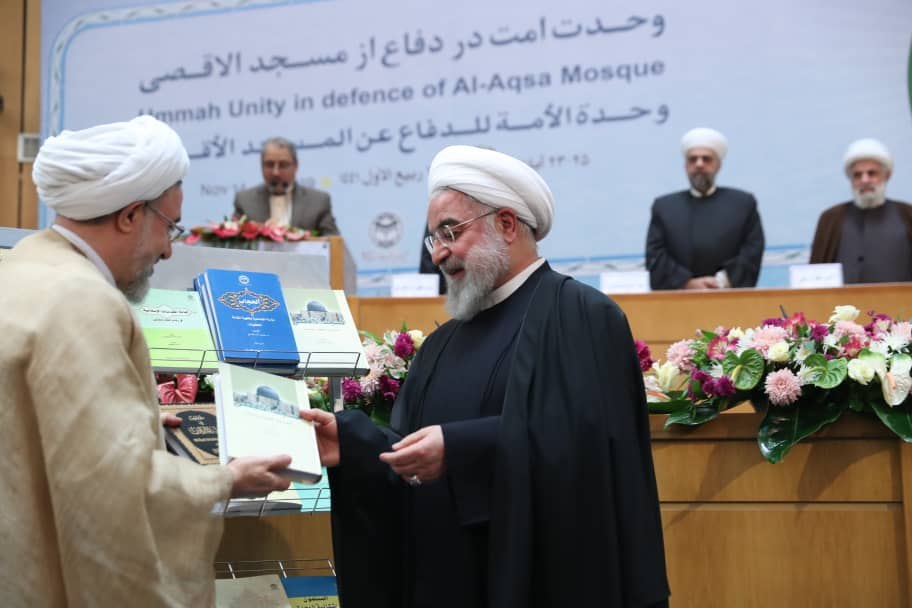 Select scientific works of the World Forum for Proximity of Islamic Schools of Thought have been unveiled in Tehran by Iranian President Hassan Rouhani.

The works were unveiled in a ceremony at the 33rd International Islamic Unity Conference on Thursday, November 14, 2019.

Twelve books written or complied by the forum were praised at the event.

The books have been authored and published in line with the idea of promoting dialogue to bring Islamic schools of thought closer together and boost scientific and intellectual interaction among scholars, elite and thinkers of the Muslim world.

The books were prepared by the forum’s research centre in cooperation with other scientific and cultural institutions, including the Sunni Schools Coordination Council as well as the Dar-al-Hadis Cultural Institute.