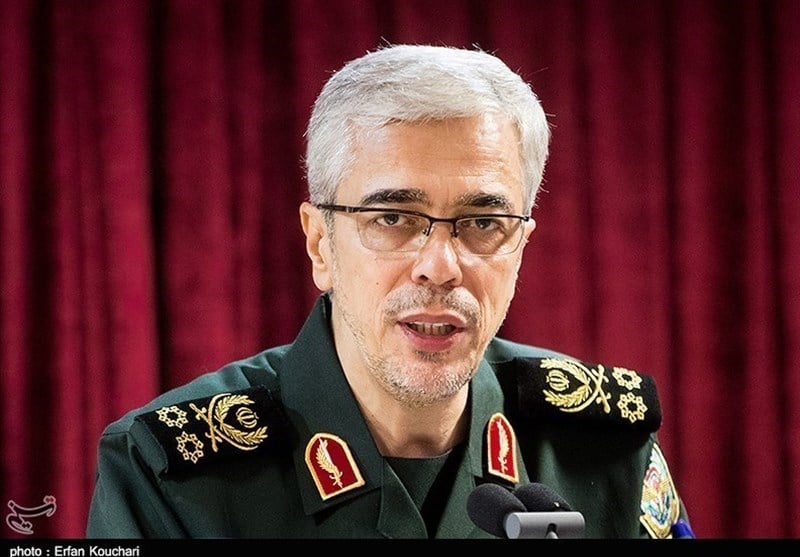 In messages on the occasion of the Muslim festival of Eid al-Fitr, Chief of Staff of the Iranian Armed Forces Major General Mohammad Hossein Baqeri hoped that sustainable peace and calm would prevail in the Muslim world.

The top Iranian commander sent separate messages to the military officials of Islamic countries on Wednesday, offering warm wishes on the occasion of Eid al-Fitr, which celebrates the end of Ramadan, the holy Muslim month of fasting.

In his message, Major General Baqeri expressed the hope that increasing unity within the Islamic Ummah (society) and promotion of friendly relations among Muslim nations and armed forces would foil the plots of enemies against Islamic territories, particularly against the holy city of al-Quds (Jerusalem), and establish sustainable peace and calm in the Islamic world.

Known as the Feast of Breaking the Fast, Eid al-Fitr is an important religious holiday celebrated by Muslims all around the world.

The observance traditionally begins with the sighting of the new moon of the 10th month of the Islamic lunar calendar.