To go between nations or go beyond norms 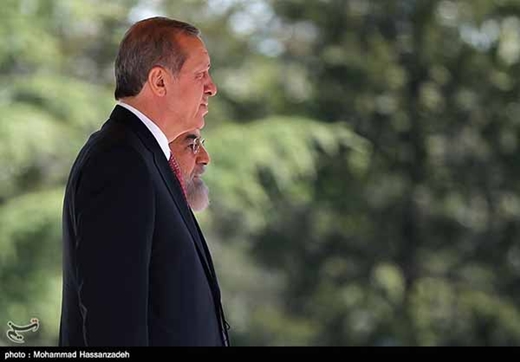 Javan daily examines where Turkey under President Erdogan stands as conflicts are boiling over in the flashpoint Middle East region.

A daylong trip by Turkish President Recep Tayyip Erdogan to Iran against the backdrop of recent regional developments, especially Saudi airstrikes on Yemen, has brought under the microscope Ankara’s stance, with Turkey watchers saying that the country is trying hard to act as a go-between in regional hot spots.

Javan daily on April 8 published an opinion piece by Hadi Mohammadi on Erdogan’s pragmatism and the role his country plays in regional conflicts. The following is the translation of the piece:

Laicism defines the essence of policies adopted by Turkey’s [Muslim] Brotherhood-style Islamist government [of the Justice and Development Party (AKP)] which draws on absolute pragmatism to work out its approaches to domestic and foreign affairs. The government is called Islamist – a decorative title though – but ideological or human values are absent in the government’s official and unofficial policies.

That’s why this government’s alliance with Satan [presumably a reference to the US] is not lambasted and its support for murder, terrorism and extremism is justified as a means to advance the country’s agenda. The Turkish government makes use of Machiavellianism and hypocrisy to put its domestic and foreign policies on track and rationalize its approaches.

Support for ISIL, Alqaeda and the al-Nusra [Front] in Iraq, Syria and the Sinai Peninsula is cast as support for democracy and people. Turkey’s policies revolve around the question of how much economic productivity they can create, and alliance with colonial powers and dictators as well as the role this country plays [in different regional events] are justified only when they produce economic profits and guarantee the country’s gross domestic product (GDP) and economic growth.

The intermediary or rental economy is the centerpiece of Turkey’s economic ties with Iran, something which Ankara has properly taken advantage of. Today Turkish officials once again feel the necessity of mediation, which has assumed a political form this time around.

Erdogan who has, without doubt, drummed up and insisted on support for terrorism at the hands of ISIL and al-Nusra in the region, is weighing up the strategic circumstances in the region as follows: the conclusion of a nuclear deal with the West would weaken the economic position of Turkey in Iran to the level of its passive security and political ties with the Islamic Republic.

His insistence on an upgrade of economic relations with Iran means that Turkey makes no profit from Iran’s nuclear deal with P5+1 and is asking for something in return for its political approach in Yemen where Ankara has failed to join the Saudi-led military operations.

Although the Turks have calculated that the US stances on Yemen – which do not conform to Saudi Arabia’s – are good reason for not following the Saudis in killing the Yemeni people, they do not want to miss out on the political opportunity they have been offered in the Yemeni crisis.

By the same token, the Turkish foreign minister said in a meeting with the visiting Saudi deputy crown prince Muhammad bin Nayef in the buildup to Erdogan’s trip to Tehran that his respective government can act as a go-between in the Yemeni crisis and score [political] points.

Although Saudi Arabia is trying frantically to drag Pakistan and Egypt into ground war in Yemen through staggering financial favors it offers, Turkey seeks to repeat the empty talks of Saudi Arabia on Iran’s interference in the affairs of regional countries and cover up the bloodshed in Iraq, Syria and Yemen only to get concessions from Tehran and Riyadh. To show that it is working with Iran, Ankara tries to pose as a mediator.

It is true that Iranian officials have ignored Erdogan’s stances with magnanimity and welcomed growing ties with Turkey and other regional nations, but the fact of the matter is that Erdogan’s approach to Yemen – which prescribes excessive pragmatism – is similar to his reaction to the Iraqi and Syrian crises.

Mediation in Yemen signifies that Turkey is not ready to follow Saudi Arabia or that Turkey can claim no share in Yemen, so it can only take advantage of bloody tensions in Yemen in the capacity of a mediator.

Turkey’s new stance does not indicate that it is consumed by a human feeling and concerned by the massacre of Yemen’s people by napalm and cluster bombs Saudi Arabia rains down on the defenseless people in Yemen.

The foreign policy Ahmad Davoud Oglu, the former Turkish foreign minister, pursued to give a key and unique status to Turkey [in the region] has now downgraded to a Turkey which acts as a political middleman and Iran has welcomed Turkey’s new role.