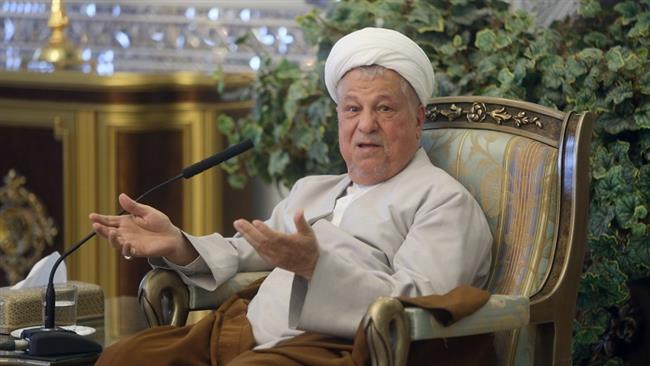 “The competition is over and the era of unity and cooperation has arrived,” Rafsanjani said on Saturday, adding that no one should fuel controversial issues following the elections.

Iranians on Friday massively participated in the 10th Parliament (Majlis) and the 5th Assembly of Experts elections.

Iran’s Interior Minister Abdolreza Rahmani Fazli said on Saturday that some 33 million voters or more than 60 percent of eligible voters turned out in the twin crucial elections.

According to the initial results of the Assembly of Experts elections in Tehran Province released by the Interior Ministry, 1,506,803 votes have been counted so far with Rafsanjani and President Hassan Rouhani leading with 692,248 and 652,792 votes respectively.

Rafsanjani further said the Iranian nation’s high turnout in the vital double elections is a “valuable asset” to the Islamic establishment.

He expressed hope that the final results of the elections would promote Iran’s position in the region and across the globe.

“In the current highly sensitive situation in the region that insecurity has engulfed some countries, the lively holding of the elections of the Assembly of Experts and Majlis in a completely calm and orderly atmosphere can serve as a model of democracy for nations,” Rafsanjani pointed out.

At least 33 million out of 55 million eligible voters took part in the two key elections.

As many as 4,844 candidates, including about 500 women, were competing for a place in the 290-seat Parliament. A total of 159 others were running for the 88-member Assembly of Experts. Members of the Assembly serve eight-year terms while MPs are elected every four years.