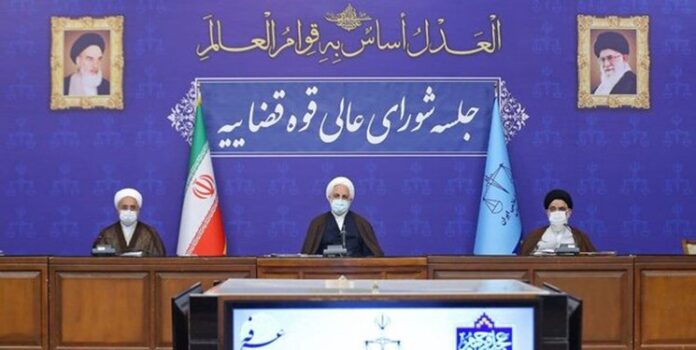 Iran’s Judiciary Chief Gholam-Hossein Mohseni Ejei says people who have violated their exit bans and left the country can return if they make the necessary coordination with the judicial system, and they will not face arrest.

“There are people whom, because they were banned from exiting the country, are worried that they get arrested the moment they arrive at the borders and are sent to prison, without investigations into their charges. These people, after coordination with the judicial system, can return to the country without being arrested,” Ejei said.

The judiciary chief further explained that relevant guidelines have been given to the prosecutors and directors of justice administrations.

“For many people who have criminal or legal cases [in process], especially those who face legal proceedings and a long time has passed since arrest warrants or exit bans were issued for them, their arrest is not necessary. These people can enter the country without any worry after announcing to the judiciary’s public relations center or prosecutors, the time of their entry and how they will arrive [in the country],” he said.

Ejei also touched on the issue of some Iranian expatriates who want to return to the country and their concerns that they could face legal action.
“No Iranian, who is a national of Iran and is now living abroad, is banned from entering and faces no other prohibition for returning to the country,” he said.

“There are cases where if these people come [home] and their issues are investigated, this helps them and ends the limbo they’re living in.”

“There are currently people in other countries, whose possessions and facilities have no custody inside [the country] and their beneficiaries fear to return. But if these people return, their financial issues will be clarified in a simple and accurate investigation.”

The judiciary chief also touched on his recent visit to the temporary detention center as well as the security section of Evin prison and his talks with people who are kept there on security or non-security-related charges. He ordered director generals of justice administrations, prosecutors and judges to occasionally inspect prisons and detention centers.

“Judicial officials should not stop at getting reports from assistant prosecutors and prisoner supervisors. But they should, more than ever, supervise the prisons so they can make correct decision on those in custody,” he said.