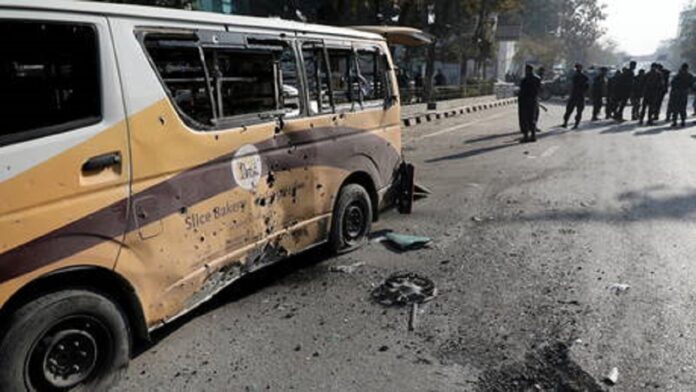 Iran says those who persist in following their unwarranted policies in Afghanistan bear full responsibility for attacks such as the recent one which struck several diplomatic sites in the country.

Foreign Ministry Spokesman Saeed Khatibzadeh said on Sunday Afghan people’s will and demands should also be respected when it comes to making decisions on the country.

“Full responsibility for the incident falls on those who keep insisting on their inappropriate stances in defiance of Afghan people’s demands,” he said.

Khatibzadeh said the only way to de-escalate the situation in Afghanistan is to hold negotiations involving all Afghan groups.

“We condemn terrorism in any shape or form. We believe the only way to establish permanent and lasting peace in, and the progress and development of Afghanistan is through intra-Afghan talks, i.e., the same talks which the Islamic Republic of Iran has always supported,” he said.

“We believe all parties should remain committed to the provisions of the negotiations and we hope this path will lead to lasting peace in Afghanistan,” the spokesman added.
He underlined that Iran is worried about its wester neighbour and spares no effort to help settle the problems facing the country.

“We are concerned about our dear neighbour, Afghanistan. We have a neighbour suffering from scars of terrorism, war, the US invasion, and the killing of innocent, but proud people of Afghanistan. We are trying our utmost to help Afghanistan tackle these problems,” said Khatibzadeh.

He noted the Iranian embassy in Kabul was struck, but did not suffer much damage in the recent attacks diplomatic location in Afghanistan.

“What happened yesterday was rocket attacks on different diplomatic sites in Afghanistan, and the corner of the Iranian Embassy’s yard was hit as well. Fortunately, those present at the embassy were not hurt seriously,” he explained.