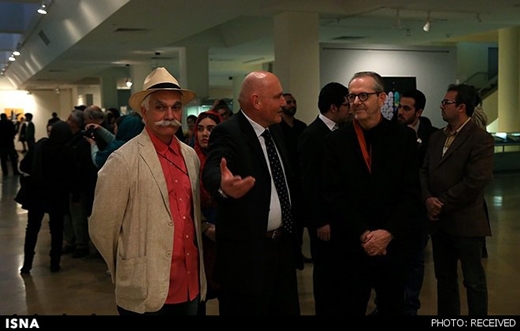 Swiss Ambassador to Tehran during the opening ceremony of Stefan Bondy exhibition in Tehran said as I had promised in Iranian Artists’ House, I brought Bondy to Tehran so that I can introduce one of best Swiss designers to Iranians.

According to ISNA, the Exhibition showcasing Stefan Bondy’s design works was opened in ceremony attend by Swiss Ambassador and a group of Iranian art enthusiasts on Jan, 22 in Imam Ali (AS) Art Museum.

Swiss Ambassador in his opening speech said work of this artist has been on display in New York, France and other prestigious galleries across the world.

He said Bondy have won many awards and it is just possible that he designs the next poster of Fajr festival. I hope he does so and you enjoy his works showcased here.