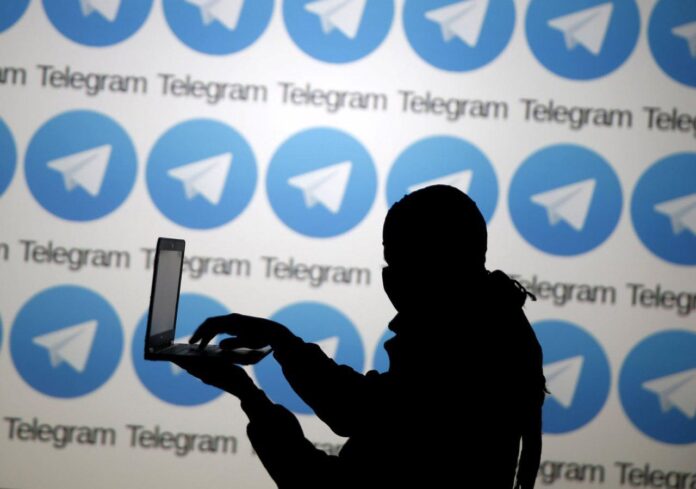 With its feature to provide users with anonymity, the popular messaging app Telegram has turned into a safe haven for criminal groups of different types.

These days, the messaging service has turned into a scene of criminal acts, from fraud, terrorism and rumour spreading to blackmailing and smuggling of drugs and goods.

Two-thirds of cybercrimes are carried out through Telegram. According to a report by the Persian-language Tasnim News Agency, in line with its media advertising to promote its brand, Telegram has ensured its users with complete privacy. This has led many experts to this conclusion that the mechanism of the messaging app is aimed at providing criminal groups with a safe haven in the cyberspace. The groups are as follows:

Swindling makes up for most of the crimes committed in the cyberspace. Internet swindling is rare in official websites. But messaging apps like Telegram prepare the ground for criminal acts like illegal sale and purchase. The swindlers pick up their victims out of those who are easily influenced by online advertising. Unfortunately, swindlers cannot be prosecuted by the judiciary officials easily. Imagine you have purchased a product through Telegram and paid the money in advance but when you receive the product, you find out that it is not the one you picked up and paid for. What can be done? Almost nothing!

Colonel Mortazavi, the head of cyber police department in Iran’s Isfahan province, said in an interview last year that the number of fraud cases in Telegram is much higher compared with similar messaging apps like Viber or WhatsApp.

Remaining anonymous in Telegram has made it an appropriate space for terrorist acts. Unlike other messaging apps which have adopted strict measures against acts of terrorism, Telegram takes the issue easily. That’s why Telegram was the last app which restricted the ISIS’ access to itself.

Investigations made into terrorist attacks in Russia and France over the past year revealed that the terrorists made their arrangements for the attacks mainly through Telegram. Therefore, Russia has called on Telegram’s management to relocate some of its servers into the country and provide them with the data of Russian users of Telegram. So far, Telegram has refused to cooperate with the Russian government.

Meanwhile, last year with the growing number of terrorist attacks in South Asia, Indonesia restricted its population’s access to the app. Iran went through a similar experience last year when certain Telegram channels began to fuel unrest in the country. Iranian officials finally decided to temporarily block public access to Telegram to control the chaos.

Since Telegram has not established any cooperation with any official entity in the world, there is no supervision on the current of news published on the messaging app. Therefore, there is no way to verify the authenticity of the news coming out of Telegram. This paves the way for spreading of rumours across the world. So, the users can be misinformed easily by the gossipers who usually operate under false identities. On the other hand, Telegram doesn’t contribute to any verifying process.

One of the main crimes in Telegram is blackmailing. Since most people are not aware of the safety measures in the cyberspace, they easily share their personal data and photos with others. This provides the criminals with a good opportunity to press ahead with their projects. This is a common problem with all messaging apps. The only way to cope with it is raising public awareness about the importance of privacy in the cyberspace. They should avoid trusting others in the Internet.

Telegram is an ideal medium for selling contraband goods, inflicting a heavy blow to any country’s economy. But once again, since in Telegram there is no way to recognize the real identity of a user, the smugglers have managed to establish their own territory in the messaging app. They can sell illegal goods in the country through Telegram.

In some Telegram channels, drug smugglers are easily conducting their business selling different types of drugs from marijuana to LSD and cocaine. Interestingly enough, these crimes are carried out without any problem. In the pictures below, you can find a number of Telegram channels which are active in selling drugs without being worried about legal crackdown.

In most developed states, messaging apps active in the cyberspace are held accountable for their activities within the geographical borders of each country. This means that they restrict the access of users who violate the country’s Constitution.

For example in the US, any one making an unlawful use of communication channels is fined $250,000 or given prison terms of up to two years. In Germany, the service providers are held responsible for the contents they provide their users with.

In the UK, former Prime Minister David Cameron pressurised large tech companies like Google and Microsoft into cooperating with the government to delete child pornography material from the Internet.

Meanwhile, Google has restricted its search domain in many countries at the request of their governments. For example, search results in Thailand for “Thailand King”, in Germany for “Nazi” and in Turkey for “YouTube” have been filtered.

This comes as Telegram refuses to cooperate with governments. The app has been blocked in several countries like Saudi Arabia, China and Oman, and restricted in Russia and Indonesia. In her address to the World Economic Forum last year, UK Prime Minister Theresa May called messaging apps a safe haven for criminals and terrorists.

In line with its policy to evade responsibility for its contents, Telegram is now seeking to block any filtering. This will further prompt criminals to resort to the messaging service to press ahead with their dirty projects.