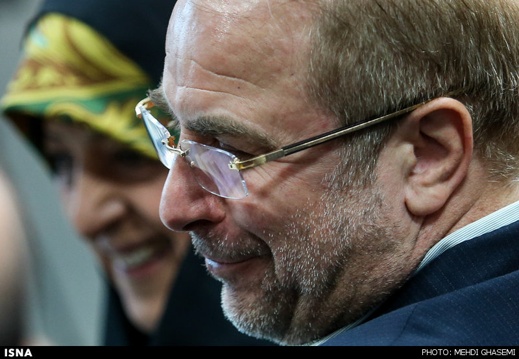 I am ready to turn Tehran into a truly habitable place if I am offered support, said the Tehran Mayor.

“Today, we have major problems on the environmental front. Rather than saying that the lives of citizens are on the line, we must say that environmental hazards are claiming lives. In cooperation with the government and the private sector, the municipality can within four years turn all garbage produced in Tehran into clean energy,” the Iranian Students News Agency quoted Tehran Mayor Mohammad Bagher Ghalibaf as telling the opening ceremony of a first trash incineration power plant in Iran. The following is a partial translation of a report on his speech at the event:

In comments aimed at Director of the Environment Protection Organization Masoumeh Ebtekar, Ghalibaf said, “You might say that we have budget and legal constraints, yet in my opinion, such problems are basic. We have failed to tap into our monetary and legal potential.”

He further said, “Let’s accept the fact that our grave problem is managerial in nature, because everyone wants to embark on a new cycle and set aside what others have done. We must accept that the danger is truly serious.”

Touching on the crippling problem of air pollution emanating from a recent dust storm in Dezful and Ahvaz, in Khuzestan Province, Ghalibaf added, “It might be said the dust storm has external roots and not much can be done to address it. What has been done for the cities of Tabriz, Isfahan and Tehran whose pollution has roots in internal and industrial problems which can be brought under control?”

Underlining that to improve environmental conditions, measures which do not need any money or additional rules can be taken, the mayor said, “Such measures require willpower which is missing, because it looks as if the lives of people are not important to some. These measures are not something which the municipality, the government or the public can undertake on their own; rather every single individual should feel duty-bound to pull their weight.”

Saying that mobile sources [motor vehicles, marine vessels and aircraft] account for 70 percent of air pollution, he added, “When we can swiftly bring things under control, but we do not bother, how will we answer to God later [for evading our responsibility]? We might hold interviews and gloss over things, but how would we answer to God on Judgment Day?”

The mayor added, “As a person who serves the public in the City Hall, I feel obliged to assume responsibility. I stand ready to turn Tehran into a truly habitable place if I am offered support and if faultfinding attempts are set aside.”

He further said, “Production of garbage is a serious issue our city is dealing with. We do not want to tell residents to consume less, rather we want them to avoid wastefulness because such practices are an unforgivable sin from the perspective of our religion. Besides, on the economic front, potential will go down the drain.”

Highlighting that environmental standards have been observed in the establishment of the trash incineration plant, Ghalibaf stated, “We can set up such power plants across the city. There are over 20 incineration power facilities across Tokyo. We can copy that here in Tehran.”

Describing sloganeering as unnecessary in dealing with environmental issues, the Tehran mayor said, “Blue sky and clean earth is not a slogan; in fact they can come true as a result of enormous measures by the municipality.”

Stressing that today’s major environmental issues have put lives from unborn babies to the elderly on the line, Ghalibaf added, “If those in authority at the national level feel that construction in Tehran poses a threat to the public, Tehran Municipality is poised to stop issuing construction permits to industrial, residential and commercial applicants.”

Underlining that Aradkooh trash incineration facility and the waste digestion power plant can only treat 1/20 of garbage produced in the capital, he went on to say, “We do not want to adopt a destructive approach to this matter. It has been more than half a century since we started using Kahrizak, a suburb of Tehran, as landfill. Now those who were in charge in the past must now answer what has been done in the past 50 years to prevent the contamination of water, soil and air? Presently, we do not dump hazardous waste in this area and we have adopted the technology of incineration to treat trash.”

The Tehran Mayor concluded, “We must try to encourage the private sector to fully finance trash incineration facilities.”

The report above was originally published under the headline “Environmental problems claim lives: Ghalibaf”.