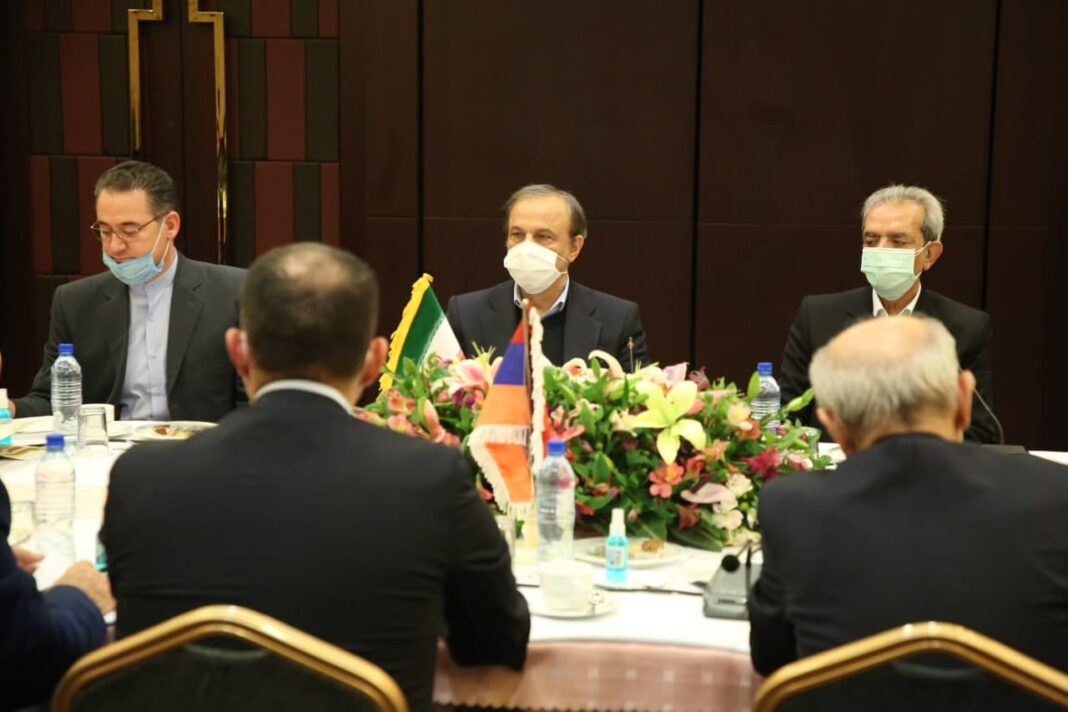 Iran and Armenia have discussed promotion of their mutual cooperation in the industry sector.

“The [Iranian] Ministry of Industry, Mines and Trade seeks to support both countries’ private sector and facilitate their moves,” the Iranian minister added.

Razmhosseini pinpointed that conditions should be eased for businessmen from both countries.

“Armenian businessmen are interested to see an increase in transactions between Iran and Armenia, and the representative of Armenians at the Iranian Parliament has emphasized this point, too,” said the Iranian minister.

Also present at the meeting was Bahman Abdollahi, the president of the Iran Cooperatives Chamber, who said Iran is ready not only to supply the market, but also to export commodities to Russia via Armenia.

He also called on the Armenian side to provide the required infrastructure and make the necessary arrangements in that regard.

Another Iranian official present at the meeting was Mohsen Salehinia, the chairman of the Managing Board of the Industrial Development & Renovation Organization of Iran (IDRO), which is a major shareholder to two Iranian auto giants.

He said IDRO is keen on joint investment with Armenia in the auto sector.

For his part, the Armenian minister said Iran-Armenia economic cooperation is not proportionate to the potentialities and capabilities of the two countries at the moment.

With joint production of goods in Armenia, he explained, it is possible to increase mutual trade from the current $400 million to $1 billion in six months.

He made it clear that Armenia economic players stand ready to help Iran export its commodities to Russia in six months. Of course, he added, infrastructure for transport should be prepared first.

At the end of the meeting, the Iranian minister of industry, mines and trade and the Armenian economy minister signed a memorandum of understanding (MoU) on mutual cooperation.