Tehran University, a hangout of the opponents of nuclear program 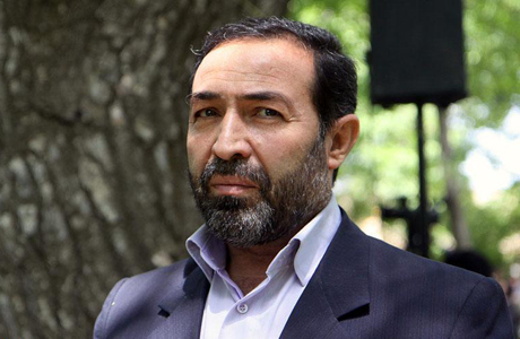 Javan, a principlist daily, analyzes the ideology and performance of a group of individuals who have disputed the achievements of the country’s nuclear program.

Iran’s nuclear case has been unquestionably a staple of Iranian news over the past 18 months. The spin different media circles have put on the news differs though, with some trying to deal with the question logically and justly, and others looking at the case one-sidedly.

Mohammad Esmaili, a member of parliament’s National Security and Foreign Policy Committee, has reacted to remarks by some university figures he calls “Revisionists”, calling on President Rouhani’s government to take a transparent stance on the Western-oriented approaches of Revisionists and discourage speculations that his Cabinet is like-minded with them.

Javan, a principlist newspaper, on December 17, ran an opinion piece by Esmaili who has analytically reviewed the performance of the Revisionists, saying perhaps this group aims to “downplay the [high] value the nuclear program has among people”. The following is a partial translation of what else he has written:

Over the past year prominent figures and media affiliated to Revisionists have pushed hard to fuel suspicions among people [about nuclear achievements] through psychological-media operations and raising demagoguery questions such as “What’s the use of nuclear energy for the nation? … The nuclear achievements pale into insignificance when compared with [growing] economic and political pressures … We need to halt the development of nuclear energy to let people breathe easily”.

To theorize what they say, four people with links to Revisionists – on December 16 – took coordinated positions which clearly show their comments are “purposeful”.

Ahmad Shirzad, a member of the [Islamic Iran] Participation Party in the sixth parliament [which was reformist-majority and rife with tensions including mass resignations of some MPs] made comments in University of Tehran which deserve to be contemplated:

“No water can be taken out of the well (of nuclear industry), but it can provide some people with bread [something to live on] …. From 2003 on, we have taken no single glass of water [from this well]”.

He said, “Nobody in Iran knows why we have stepped onto the nuclear path. This is like the continuation of war after the liberation of Khorramshahr [back in 1982] when certain people were shouting slogans such as: ‘To reach the holy Quds, we need to pass through Karbala.’

“Since 2003 when the nuclear case was first raised, we have achieved nothing. The country was supposed to march toward scientific growth because of its nuclear program, but no research or document proves such growth”.

Davoud Hermidas-Bavand [a political scientist] implied that nuclear progress is costly, saying, “Our problems remain unresolved as long as we fail to patch up our differences with the US.”

Sadegh Zibakalam, a political analyst, said for his part, “Iran has made no scientific progress or innovation as far as the nuclear issue goes”.

What are the objectives of downplaying nuclear values?

In a separate piece of writing, we will study why nuclear gains matter for Iran, but the reasons Revisionists seek “to downplay nuclear values” are as follows:

1. “People don’t regret the loss of something which is useless, valueless and costly for them.” Through such mindset, the pro-Liberalist camp is trying to show that nuclear gains are worthless, costly and risky. The move is meant to weaken public support for such achievements. They seek to make people believe that the march toward nuclear development will earn the country no distinct, objective achievement, thus people should not pin their hopes on nuclear development, rather be content with not having nuclear technology.

2. Since the months leading up to the 2013 [presidential] elections the Revisionist theoreticians have tried to resort to reason No. 1 [above] to make people believe that “nuclear progress translates into economic and pocketbook problems for them”. If institutionalized, such mentality will kill people’s enthusiasm about nuclear progress and make them defy it.

3. Based on the reasons one and two, public disillusionment with nuclear progress paves the way for making concessions to the West.

4. The Revisionist decision makers hold that downplaying nuclear values justifies the theory of “compromise”, “capitulation” and “passivity” which prevailed during and after reformist years, and confirms the continuation of such a trend as expedient for the country.

What does the government is expected to do?

Finally, it is worth mentioning that the officials of the eleventh government – although they have on several occasions stressed the need for nuclear progress – are expected to show appropriate reaction to pre-planned and targeted stances of Revisionists to eliminate speculations that some office holders see eye to eye with pro-West Revisionists inside the country.