A gathering of Iranian ambassadors and heads of Iran’s missions abroad is to be held in Tehran next week, said the Iranian Foreign Ministry Spokesman Bahram Qassemi.

In a Wednesday statement, Qassemi said it will be the first gathering of Iranian ambassadors in the 12th administration.

“The heads of the legislative and judiciary branches [of government] will also deliver speeches at the gathering,” he said.

According to Qassemi, high on the agenda of the gathering will be the latest regional and international developments as well as Iran’s position on those developments within the framework of the “Targeted Promotion of Diplomacy and Foreign Relations” plan.

In addition to specialized meetings, the seminar will also feature speeches by several ministers on key regional issues as well as other specialized topics on which the participants will exchange views, he added.

“Given the importance of economic diplomacy within the framework of [the] Economic Resilience [initiative] and while taking the new circumstances in the country as well as global developments into account, and considering the necessity of paying more attention to economic issues, a major part of the sessions and meetings at the seminar, compared to previous seminars, will be allocated to economic issues and how Iranian embassies should engage with the public and private sectors in their respective countries and how they should interact with their domestic counterparts in order to deal with the new situation,” said the spokesman. 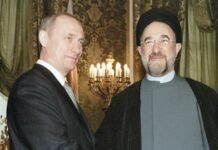 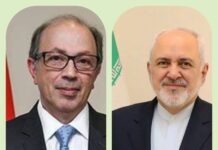