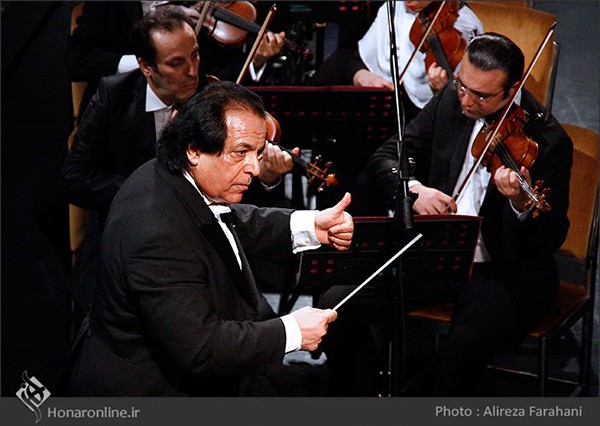 Tehran Symphonic Orchestra has nothing less than the world’s famous orchestras and with constant practice can live up to international standards, said Iranian maestro Ali Rahbari.

Tehran Symphony Orchestra is officially shaken out of a long hiatus under the management of Iranian maestro Ali Rahbari.

The orchestra returned to life after a 25-month break on Monday night with live performances conducted by Rahbari in the presence of various political figures and prominent artists in Tehran’s Vahdat Hall.

In a demonstration of his dexterous capabilities, Rahbari conducted Ludwig van Beethoven’s Symphony No. 9, a seminal piece in D minor, also known as “the Choral.”

Following the performance, Rahbari said, “Tonight is one of the best nights of my life, because I saw the Tehran Symphony Orchestra back on stage.”

He added, “This orchestra’s members are the country’s cultural and artistic assets,” and thanked all those who helped restore the ensemble.

“Tehran Symphonic Orchestra has nothing less than the world’s famous orchestras and with constant practice can live up to international standards,” he said.

The orchestra also preformed Iran’s national anthem during the ceremony.

Rahbari was invited from Austria to restructure the orchestra in 2004, but he quit the job in the following year due to a number of problems, including low salaries paid to the orchestra’s musicians.