Tehran, Moscow to sign memorandum of understanding on defense 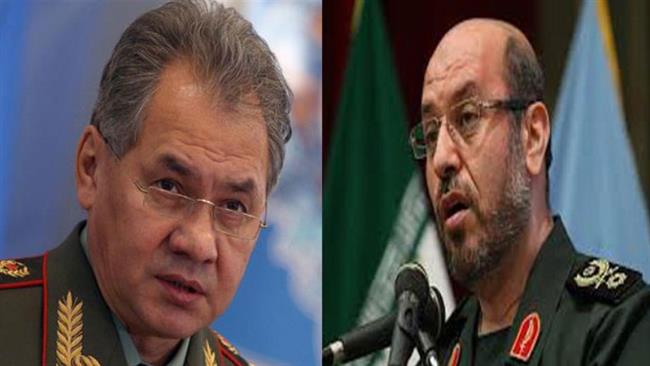 Iran and Russia will sign a memorandum of understanding (MoU) on the expansion of military cooperation.

A letter of intent will be signed by Iran’s Defense Minister Brigadier General Hossein Dehghan and his Russian counterpart General of the Army Sergei Shoigu, who is due in the Iranian capital, Tehran, for a two-day official visit on Monday.

During his stay, the Russian defense minister is expected to discuss bilateral issues as well as international developments with his Iranian counterpart.

In May 2014, Iran’s defense minister paid an official visit to Russia to take part in an international security conference.

The further expansion of defense cooperation between Iran and Russia plays a major role in maintaining regional and global security, the Iranian defense minister said in 2013.

In January of that year, Tehran and Moscow signed another MoU to increase security cooperation between the two countries.