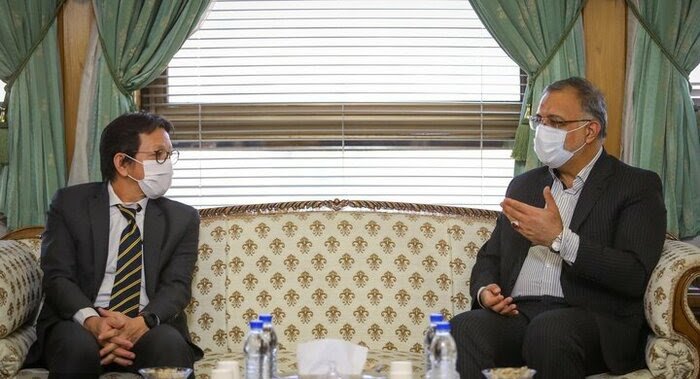 Mayor of Tehran Alireza Zakani has held talks with Thailand’s ambassador to Iran Worawoot Pongprapapant on cooperation between the two countries on urban services.

During the meeting, Zakani called for increased exchanges with Thailand “as a successful east Asian country” so that both nations can use each other’s capabilities in line with their interests.

“Today is the Day of Clean Air and Tehran, seeing its circumstances, needs to electrify its vehicles, especially its motorcycles, and we can work together in this area,” Zakani said.

He added that Tehran hosts more than 3 million motorcycles and air pollution issue makes electrifying vehicles very important for the city. He said the city also needs charging stations and other services related to electric vehicles.

Pongprapapant, in turn said, his country is interested to offer full services in the area of electric motorcycles to Iran and go beyond the proposed cooperation in the area of charging stations and motorcycles.

“A delegation can visit Tehran in March or April so that the issue can be discussed in full details… we need the cooperation of the municipality of Tehran so that we get the favorable result out of the electrification of motorcycles in Tehran,” he said.

He also called for establishment of a Thai garden of friendship in Tehran to mark the 50th anniversary of ties between Iran and Thailand.