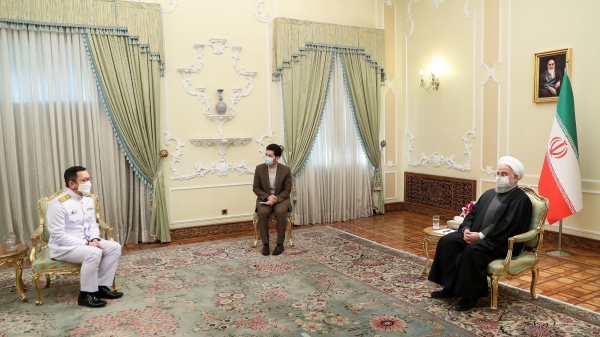 President Hassan Rouhani has voiced the country’s readiness to broaden ties with Thailand in various fields, calling for the full implementation of the agreements the two states have signed in the past.

The incoming ambassador of Thailand to Tehran met with President Rouhani on Tuesday to submit his credentials.

In the meeting, President Rouhani called for the full implementation of the agreements between Iran and Thailand.

He also highlighted the history of more than 400 years of relations between the two countries, saying Tehran attaches high value to the promotion of cooperation with Bangkok and is prepared to expand the bilateral ties in all fields.

The president also welcomed the enhancement of scientific, economic and cultural cooperation with Thailand, expressing hope that the new Thai ambassador would take advantage of the abundant capacities for the promotion of ties during his mission.

For his part, Thai Ambassador Worawoot Pongprapapant described the centuries-old relations between Thailand and Iran and 65 years of official diplomatic ties between the two nations as a perfect opportunity for the promotion of cooperation.

Bangkok is determined to broaden relations with Tehran over all issues of mutual interest, the envoy noted.

The ambassador finally noted that Thailand is eager to send more students to Iran for academic education, saying it would greatly help strengthen cooperation between the two governments and nations.