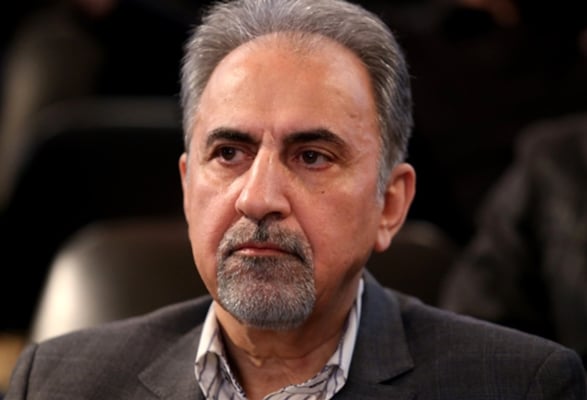 Mohsen Hashemi Rafsanjani, the chairman of Tehran City Council, has confirmed receiving the resignation of Tehran’s reformist mayor, Mohammad-Ali Najafi, amid conflicting reports over the reason behind his decision.

Hashemi said the city council has already received the resignation letter of Najafi and discussed it on its Wednesday meeting.

“The mayor has cited a new medical problem as his resignation. We can’t disclose the problem publicly,” Hashemi said.

Najafi was known for having a heart problem, but there are unconfirmed allegations that he has developed a type of cancer as well.

Meanwhile, Head of the City Council’s Transportation Commission Mohammad Alikhani referred to the same medical problem as Najafi’s resignation reason and said, “Although Tehran’s councillors have been ensured about the medical problem of Mr Najafi, they cannot close their eyes on political pressure on him.”

Najafi’s resignation came after being summoned to court for organizing an event held in Tehran’s Milad Tower celebrating Women’s Day in Iranian calendar on May 9.

Iran’s prosecutor general demanded that the organizers of the event be punished for allowing little girls to dance on the stage.

“Information has been received regarding an event to celebrate Women’s Day organized by the Tehran Municipality at the Milad Tower in which acts of public indecency were displayed against the pure and chaste traditions of Prophet Muhammad’s daughter,” said Prosecutor General Mohammad Jafar Montazeri.

According to Islamic law, girls and women are not allowed to dance for anyone except their husbands. Images and videos shared on social media networks show the girls spreading flowers around the stage while twirling and dancing to traditional Iranian music.

Najafi told the Iranian government’s official newspaper, Iran, that he did not agree with the dance but saw no reason to leave the event at the time.

Najafi to Remain Mayor by End of Nowruz Holidays

Head of the City Council’s Budget Commission, Majid Farahani, also confirmed the resignation of Tehran mayor and said “we are still exploring the issue in our informal meetings.”

Electing a new mayor takes time. So, Tehran councillors unanimously have called on Najafi to remain mayor by the end of Nowruz holidays. They said they would officially start discussing the mayor’s resignation in their first meeting after Nowruz holidays.