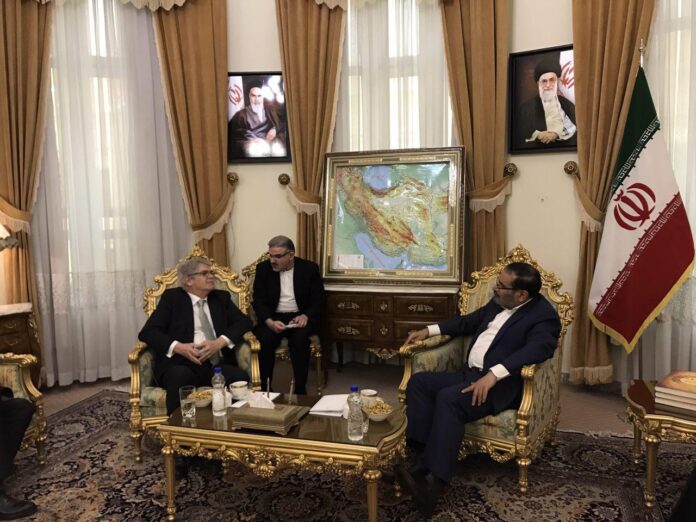 The secretary of Iran’s Supreme National Security Council has called for promotion of mutual cooperation between Iran and Spain in fight against terrorism in the world.

In a Wednesday meeting with visiting Spanish Foreign Minister Alfonso Dastis, Ali Shamkhani underlined that the two countries are serious in their fight against the elements behind the terror groups as well as the grounds that pave the way for the emergence of terrorism in the world.

The Iranian official also said Iran’s defence capability is non-negotiable, adding, “Our defence program has been built on the painful experiences gained after the reckless invasions of the defenceless countries of the region by the western powers.”

Shamkhani then referred to the heavy defeats inflicted on the ISIS in the West Asia through the joint operations of Iran, Russia, Iraq and Syria and noted the terrorist groups are reorganizing themselves in North Africa under the patronage of some western and Arab countries.

He noted these groups will impose serious threats against the region as well as Europe.

“Despite repeated warnings by Iran and other independent states, the US and Saudi Arabia have been arming terrorist groups. It goes without saying that the arming will deepen the current insecurity in the region. It will consequently threaten the EU member states with new waves of migration and terrorist attacks.”

The Iranian official also expressed deep concerns over the massacre of innocent Yemenis by Saudi Arabia and blamed the European states for their passive stance toward the crimes being committed in the impoverished country.

“The EU member states should stop selling arms to Saudi Arabia and the United Arab Emirates because their arms are used against the innocent Yemenis. Meanwhile, their decision to sell the arms should be mentioned in a United Nations Security Council resolution on Yemen.”

Elsewhere in his remarks, the senior Iranian official said, “The warmongers as well as criminal aggressors cannot change the realties on the ground in Yemen through their propaganda campaign and evade responsibility for the deaths of 23,000 children in Yemen since 2015.”

Shamkhani also praised the European states’ opposition to the US move to recognize Jerusalem al-Quds as the capital of Israel, and added, “The Zionist regime is after creating tensions in the region by invading Syria and Lebanon. It is up to the European states to put pressure on the regime to end its provocative moves.”

He blamed the European states for not adopting a firm stance toward preserving the JCPOA.

“Iran considers the US plan to make changes to the deal as a policy to restrict our achievements. We clearly announce that Iran will not remain committed to the deal if it does not see its expected interests are met,” he said.

For his part, the Spanish foreign minister praised the positive role of the Islamic Republic in fight against terrorist groups in the region and added all states should contribute their share of restoring peace, security and stability to the region. Dastis also warned against any arms race in the region.

He then underlined that the European states have been seeking to deepen their ties with Iran following the nuclear deal’s implementation in 2016.

During the talks, the two sides also discussed ways to expand cooperation in various infrastructural fields with the aim of establishing long-term economic relations.