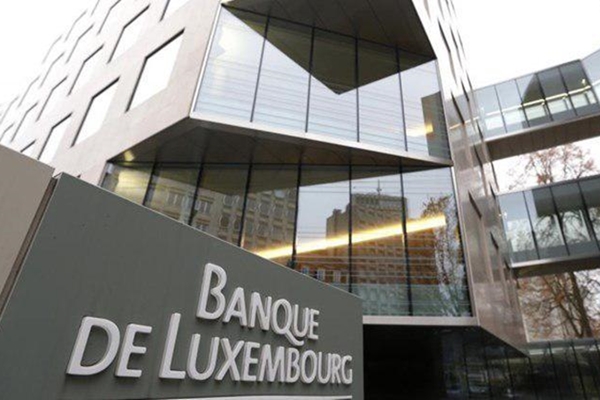 A joint investment agreement signed between Iran and Luxembourg amounts to a proper legal mechanism to counter the seizure of Iranian assets as ordered by US courts.

When the agreement was being concluded, perhaps few people would have imagined that the deal might have any benefits for Iran, especially when the agreement was signed with a country that had no privileges in any major industry and as the situation remains unclear amid Iran sanctions.

Still, in spite of the fact that maybe no joint venture will take place within the framework of this agreement, lawyer and trade rights instructor Farshid Farahnakian has spotted a fine advantage in the provisions of the deal with regards to legal cases on Iran as well as US sanctions on the Islamic Republic.

In fact, this agreement has set the stage for dealing with the seizure of Iranian assets based on US court verdicts.

The full text of Farahnakian’s article on the deal follows, as reported by Fars News Agency:

In April 2019, a court in Luxembourg dismissed as contrary to international regulations efforts by US courts to seize 1.68 billion dollars in Iranian assets in Luxembourg as damages for the so-called “victims of Iran’s terrorism.”

The US Senate adopted a motion on June, 26 2019 demanding Iran’s assets in Luxembourg be paid as compensation to the victims of 1983 bombing at the US Marines base in Beirut.

The current article argues that the Law on Mutual Encouragement and Support for Investment by the Islamic Republic of Iran and the Grand Duke of Luxembourg approved on May 14, 2019 could, in a preemptive move, affect the enforcement of the motion at the Luxembourg court even if it becomes law.

The background of the documents pertaining to the subject of the case is related to part of some 3.6 billion dollars in assets bought by the Central Bank of Iran (mainly from 1999 to 2007). At that time, there was no problems purchasing them due to a lack of the “U-Turn” sanction. The U-Turn sanction began to impact Iranian banks in 2006 and enveloped all Iranian banks in 2008, which halted banking transactions.

US Federal Judge George Benjamin Daniels sentenced Iran to paying $2 billion in damages to victims of the September 11 attacks in the US and $5 billion in fines. The plaintiffs were seeking to seize the documents to use them as ammunition to push the case. Meanwhile, a lawsuit was filed in a US court with regards to the above-mentioned assets. The court of first instance upheld the plaintiffs’ request with regards to papers which were of US origin, and ordered for the documents to be seized. However, the court said it was not eligible to look into the plaintiffs’ request with regards to papers with European origin with identification numbers beginning with the prefix “XS.” The court rejected their request based on existing evidence, namely the fact that the mentioned assets were not held inside the United States.

After the failure of the American plaintiffs in the US court with regards to the seizure of $1.6 billion in assets with the prefix “XS,” another group of plaintiffs in the so-called “terrorist cases” filed another lawsuit at a Luxembourg court with regards to those assets. They called for the enforcement of a US court ruling in another so-called terrorism case known as “hawlish” at a Luxembourg court. Iran’s most important defence in the case included the Iranian government and Central Bank’s immunity, documents suggesting Iran was not involved in the 9/11 attacks, and the weakness of the evidence and testimony against Iran. Finally, the Luxembourg court was convinced not to rule against Iran.

The examination of the text of the US defence budget bill for 2020 and its supplements show the Supporting Victims of Iranian Terrorism Act 2019 put forward by Senator Tom Cotton was approved on July 26, 2019 as a supplement to the bill. The bill aims to “make additional financial assets of the Government of Iran available to pay compensatory damages to the victims of terrorism sponsored by that Government.” The act calls for reforms in the Iran Threat Reduction and Syria Human Rights Act 2012 to make it possible for victims of the 1983 bombing at the US Marines base in Beirut to refer to the Clearstream Banking S.A. Company in Luxembourg to demand compensation be paid to them from the $1.68 billion dollars in Iranian assets.

The legal reasons behind these revisions could be flawed though we have no access to the information contained in the legal case. However, those reasons could include the following:

The Law on Mutual Encouragement and Support for Investment by the Islamic Republic of Iran and the Grand Duke of Luxembourg which had been presented to Iranian parliament as a bill on May 24, 2017 was approved on May 14, 2019 and was added to mutual agreements for encouragement and support of Iran’s investment.

The preamble to the agreement states that the objective of the contract is to maintain the general balance of rights and obligations between investors and the government.

Whether or not the Supporting Victims of Iranian Terrorism Act 2019 is approved or not, it needs an in-depth analysis to examine how this agreement will affect the way the new US lawsuit would be dealt with at the Luxembourg court. Nevertheless, it should be noted that the purchase of bonds by the Central Bank of Iran through the Clearstream Banking S.A. Company was in accordance with the terms of the Iran-Luxembourg contract.

By revising the Iran Threat Reduction and Syria Human Rights Act 2012, those who presented the Supporting Victims of Iranian Terrorism Act 2019 seem to be aiming to set aside the Iranian Central Bank’s bonds of US origin with the prefix “US” for victims of the 9/11 attacks, and the bank’s bonds of European origins with the prefix “XS” for victims of the 1983 bombing of the US Marines base in Beirut.

The US court has declared its jurisdiction over bonds of American origin with the prefix “US” belonging to the Central Bank of Iran and order their seizure. Iran’s objection to the court verdict is being reviewed at the International Court of Justice.

Regarding bonds of European origin with the prefix “XS,” the cause and subject of the lawsuit may extricate the Americans from the consequences of the Issue Preclusion rule as their previous lawsuits had been rejected at the Luxembourg court. However, the provisions of the Iran- Luxembourg investment agreement should be taken into account from now on in the possible court session in Luxembourg where the Americans’ lawsuit against bonds of European origin of the Central Bank of Iran would be reviewed.